Wearable specialists, No. 1, has gone ahead and launched a new wearable that costs only $33.99.

The No.1 G8 is the newest wearable on the block and with a low price tag the watch is already causing quite a stir and attracting customers far and wide.

The design looks much more like a traditional watch rather than a futuristic screen, and that adds to the charm of this affordable piece of tech. While the G8 looks like your normal watch, the features read like they were from any other top end fitness band.

Features include a 1.3inch full round display, heart rate monitor, and mediated MT2502 chipset. Now for those of you who have a bit of knowledge when it comes to Mediatek wearable chips, you’ll be well aware the MT2502 boasts the ability to make calls so it makes sense the G8 has a SIM card slot too. 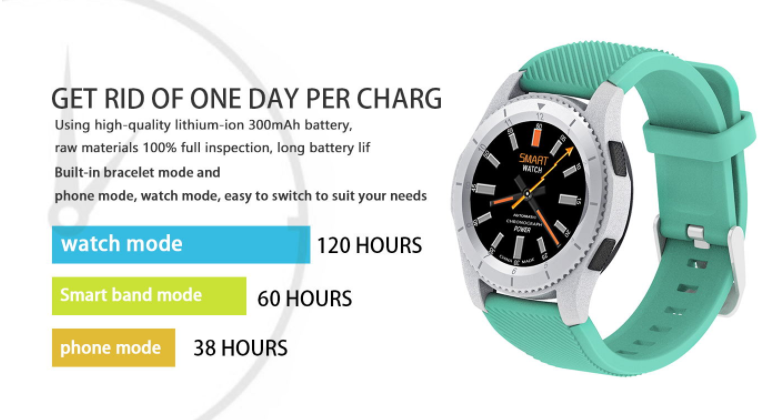 No.1 knows all too well that one of the main disadvantages of a wearable is poor battery life, so it’s good to see that they’ve addressed that with the G8. Battery size is 300mAh which gives the G8 enough juice to run for a full 120 hours in watch mode, 60 hours in smart band mode or 38 hours with the SIM running and the ability to make calls activated.

If this stainless steel bodied smartwatch looks like one you would be happy to wear then head over to online reseller Banggood where the watch can be bought right now for just $33.99.

Previous Elephone P8 Presales Kick Off - Get a $50 Coupon Now!