One of the joys of the Nokia 3310 is the fact that it is so simple. Even in it’s updated format the 3310 only just makes it to “feature phone” territory, but as basic as it is it’s still a great, hardwearing handset.

But just because this phone isn’t a flagship, bursting at the seams with the latest hardware doesn’t mean that it can’t be given a bit of a polish to make it a little better.

VKworld believes that they’ve added a little polish to the 3310 with their own version called the Z3310. 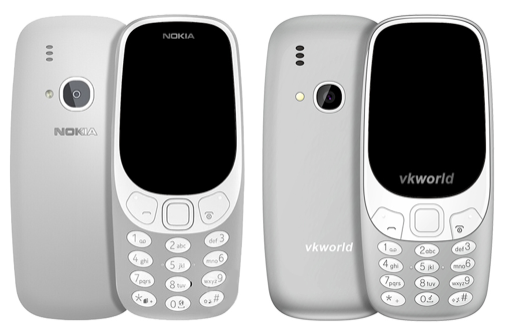 Where the VKworld Z3310 trumps the Nokia 3310 is in the battery department, memory, cellular connection and camera features.

VKworld has upgraded the battery to 1450mAh, 250mAh more than the Nokia, memory is doubled to 32mb, and the main 2 megapixel camera gets low light improvements thanks to the built-in LED flash. 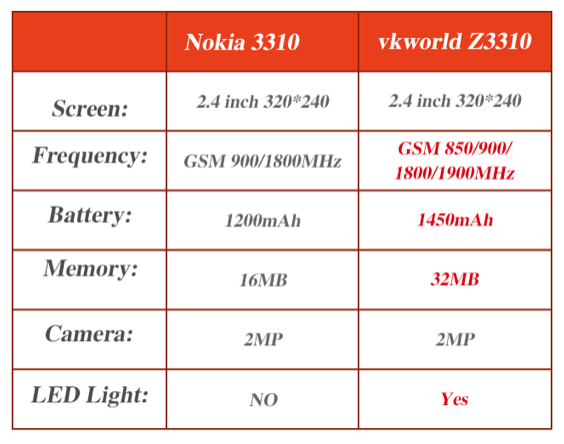 VKworld has also gone ahead and improved the speaker on the Z3310 to one of the largest available on a smartphone with an amazing K-Class amplifier.

If you want something more upmarket then VKworld also have the S3 and F2 on sale for just $59.99 with Sony IMX149 rear camera. Specs below;

Previous Deals: Get the Docooler M9S-PRO TV Box for $27.49 with our Coupon

Next Dodocool magnetic cable brings Magsafe-like features to your phone