Xiaomi backed Huami has been very dominant in the health band/smartwatch market, especially with their very cheap Mi Bands. After releasing the recent Amazfit Pace, a $160 smartwatch, they have released the Amazfit Health Band for slightly less money.

The selling point of this health band is the ECG chip which reads and records your heart rate via an electrical signal instead of a green light. Apart from the ECG chip, the rest of the health band looks pretty ordinary, so unless the ECG chip does something extra-ordinary, the $120 price so far is unjustified. 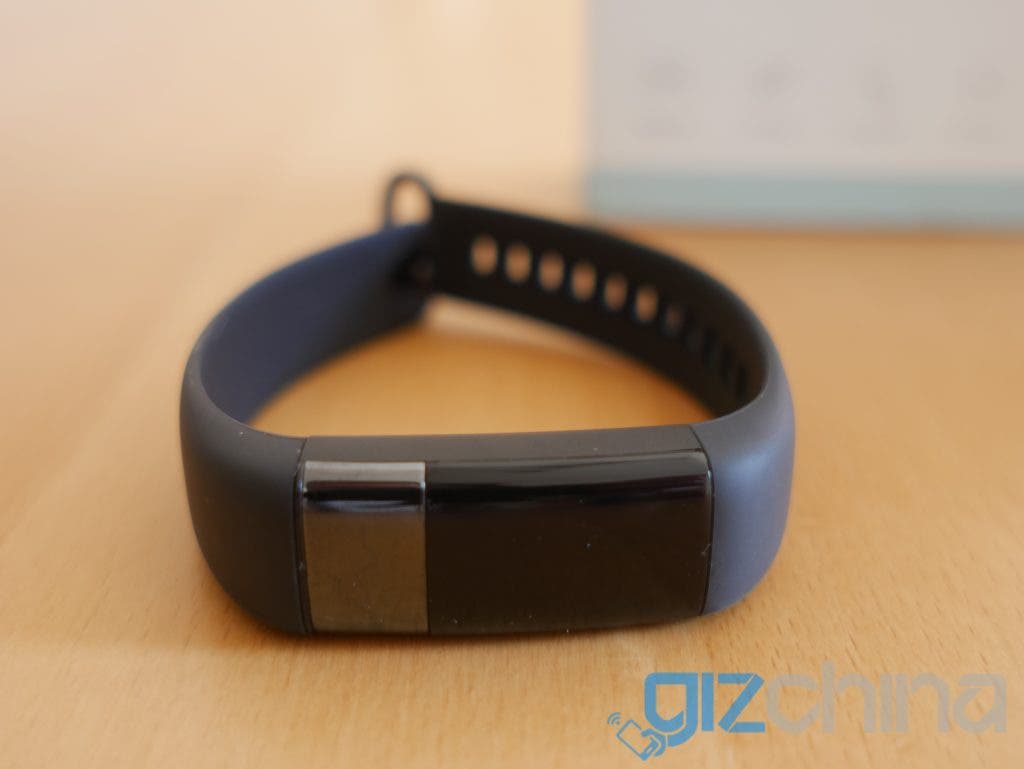 The watch body is made mostly out of aluminum with a silver touch area to interact with the wristband. It actually doesn’t feel as premium compared to the more expensive Amazfit Pace, but it still doesn’t feel bad.

The underside of the watch features the ECG monitor and the power prongs. The watch band is TPU and feels harder than Fluoroelastomer, the same material used in the Apple Watch Sport Band. 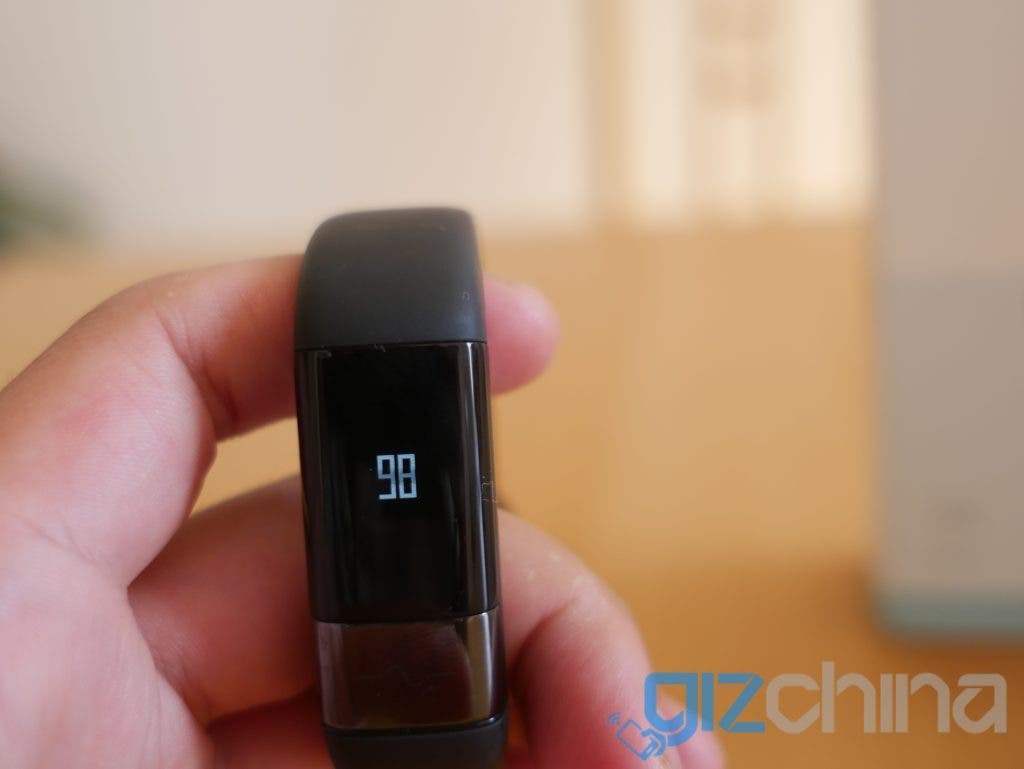 The OLED display is quite simple, single colour and is mostly off all the time. The screen activates either by touching the silver area or flipping your wrist up in a rather awkward manner. The OLED is nothing special, no high pixel density, it gets the job done but it doesn’t induce standing ovations, as it shouldn’t.

I do have one complaint and that would be maximum brightness, it’s hard to see even in faint sunlight, and impossible to see in bright sunlight. This is one of the major problems with this band.

I’m no expert on heart monitoring technology, but I took it upon myself to read some articles about ECG/EKG and while all this reading doesn’t make me the foremost expert on this stuff, I know more than I did a week ago. An “Explain like I’m five” version of this would be; ECG measures heart rate by measuring electrical impulses between two points while PPG (the normal way) uses light to see how much blood is being pumped. 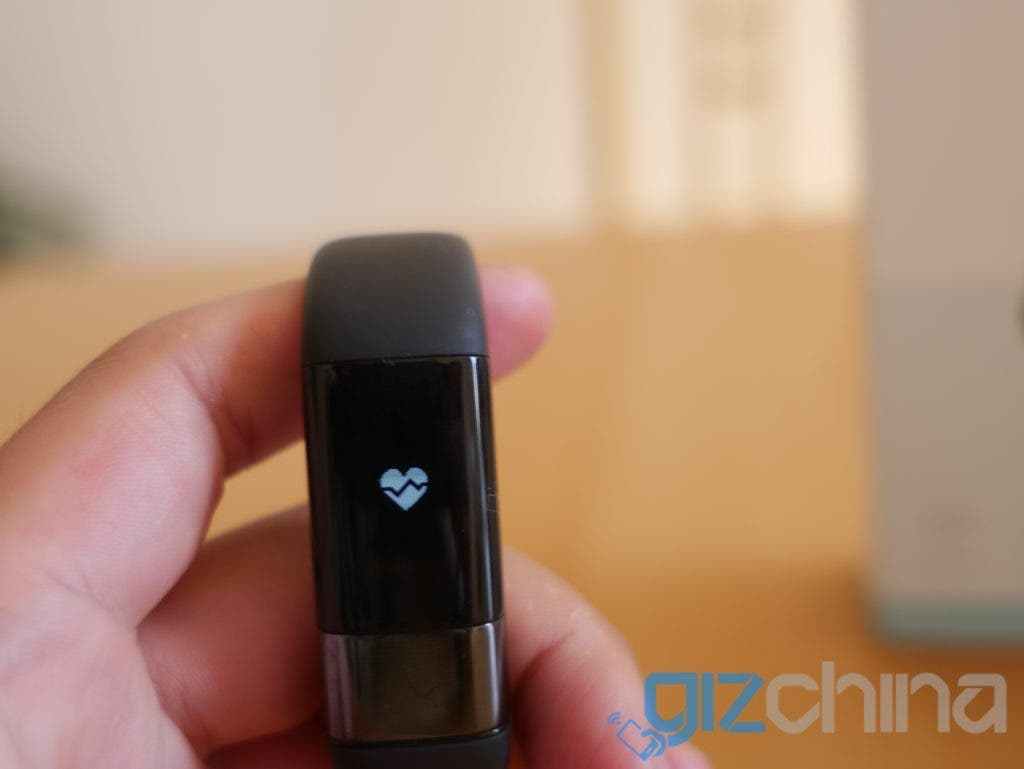 Technically, ECG is more accurate than PPG but this would require the two measuring points for ECG to be far enough away that the difference is noticeable otherwise you introduce error, and in this case the ECG measuring points are a centimeter apart, so accuracy is definitely reduced.

The second factor that reduces ECG accuracy would be the fact that its on a wrist. Most of the time ECGs are done with electrodes placed all over your body and these electrodes don’t move, providing more accurate readings. The wristband (unless you wear it incredibly tight like a tourniquet) is going to be somewhat loose meaning that the electrodes are not always touching your skin. 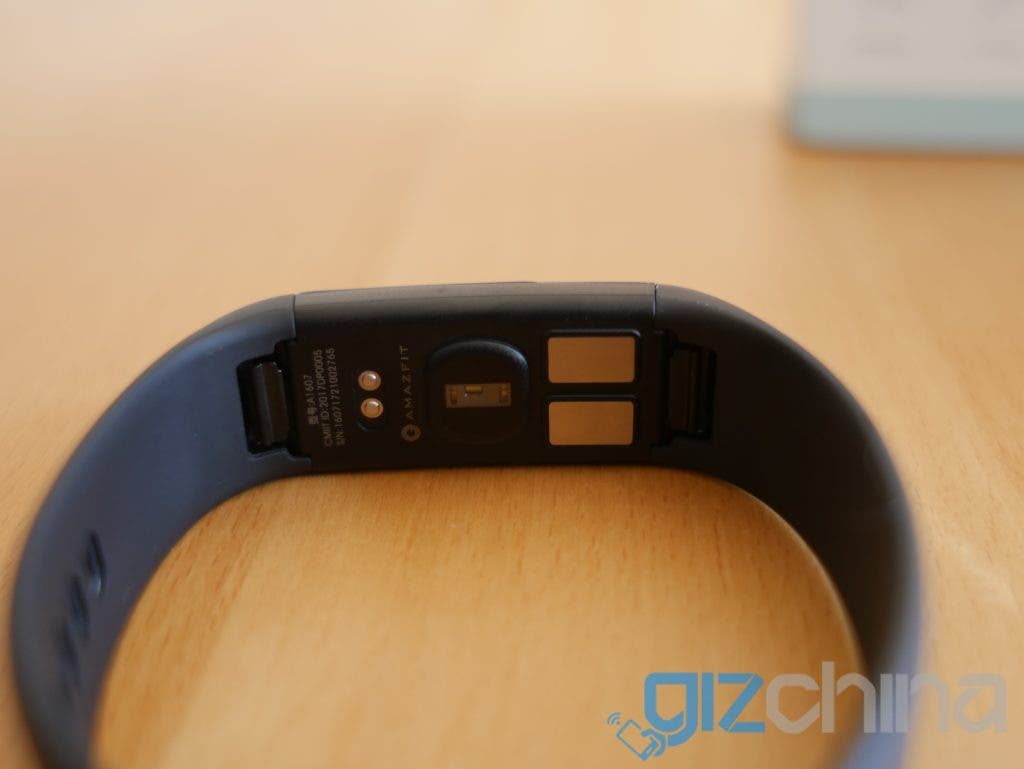 With all this being said, this isn’t to say that the ECG is inferior to PPG, but what it means is that the normally more accurate ECG reading is rendered about as inaccurate as PPG.

However, ECG does have its advantages, for example you can measure variables such as HRV and NBILI which you can’t using a normal heart rate sensor. However, I don’t know if that’s worth an extra $100 or so.

Battery life is fine, I don’t foresee many people having issues with this band, I drained about 16% battery in two days, so this thing will last a week easily.

Probably the biggest issue with this early release of the Health Band is the lack of an English app. The corresponding smartwatch app is completely in chinese meaning this is useless to the large majority of the world.

To those of you who can read/stumble through it, the app keeps track of all your usual smartwatch things, number of steps taken, your heart rate, sleep tracking, and the like. It also comes with a dedicated section with exercise regimens to keep you healthy. You can also receive notifications on this smartwatch, however notification integration is very limited and is not a good experience at all. 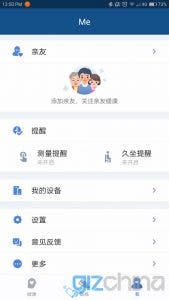 The Amazfit Health Band in the end doesn’t do enough to justify its price tag, for most normal people at least. What we see is a rather niche functionality in the ECG reader that could be useful for those who are required to keep on top of their health, however, I’m not sure how accurate this ECG reader is and whether or not a doctor would take these readings as gospel.