Recently released models Oukitel K6000 Plus and Ulefone Power 2 are quite comparable devices with the same chipset, RAM, ROM size and similar battery capacity. So which one would be the winner if you pit them against each other in a fair fight ? We have already seen such video taken by the Ulefone officials so now is only proper to give the other side the chance too. 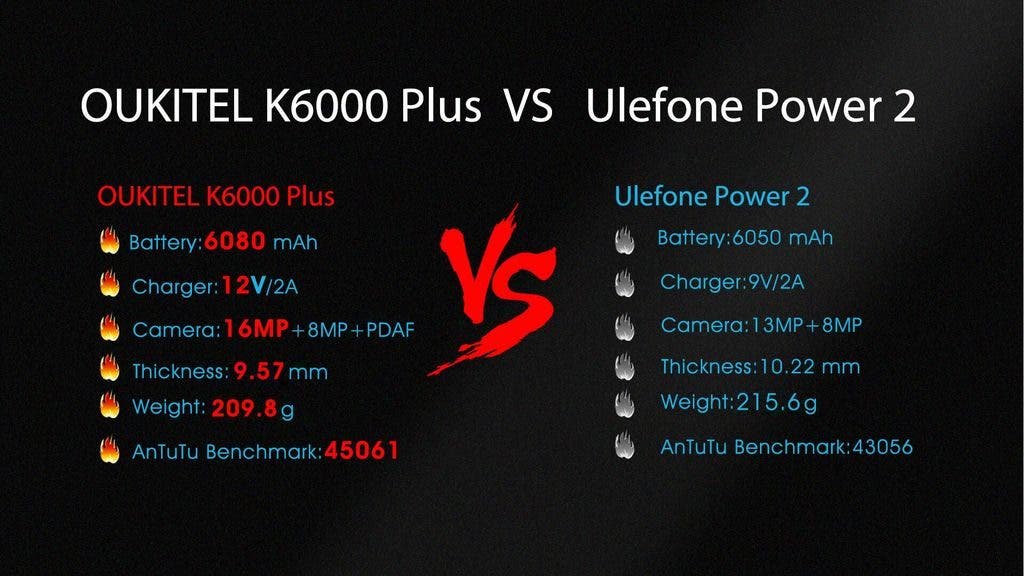 First comes the battery charging speed test and on paper the Oukitel K6000 Plus probably has an advantage, because the powerful 12V/2A charger looks more potent than the 9V/2A one from the Ulefone side. And with the batteries being almost similar with 6080 mAh againt 6050 mAh in Oukitel’s favor the battlefield is ready. And looking at today’s video the K6000 Plus is indeed the winner with full charge time of 82 minutes compared to 100 minutes for the Power 2.

In the video you can also see some camera performance comparison for these devices and it’s not a surprise that according to their metrics the Oukitel K6000 Plus comes on top again. So check out the video for yourself and if you are convinced already, then you can get the phone in Aliexpress flash sale for just $162.68.

Previous What Are The Differences Between The Oppo R11 And OnePlus 5? Hands on.