Xiaomi unveiled earlier today a new addition to its portfolio of gadgets, called Xiaomi Bluetooth Audio Receiver and it does… exactly what its name suggests! It’s a Bluetooth compatible gadget that can connect to an analog device and allow for audio streaming from compatible devices. 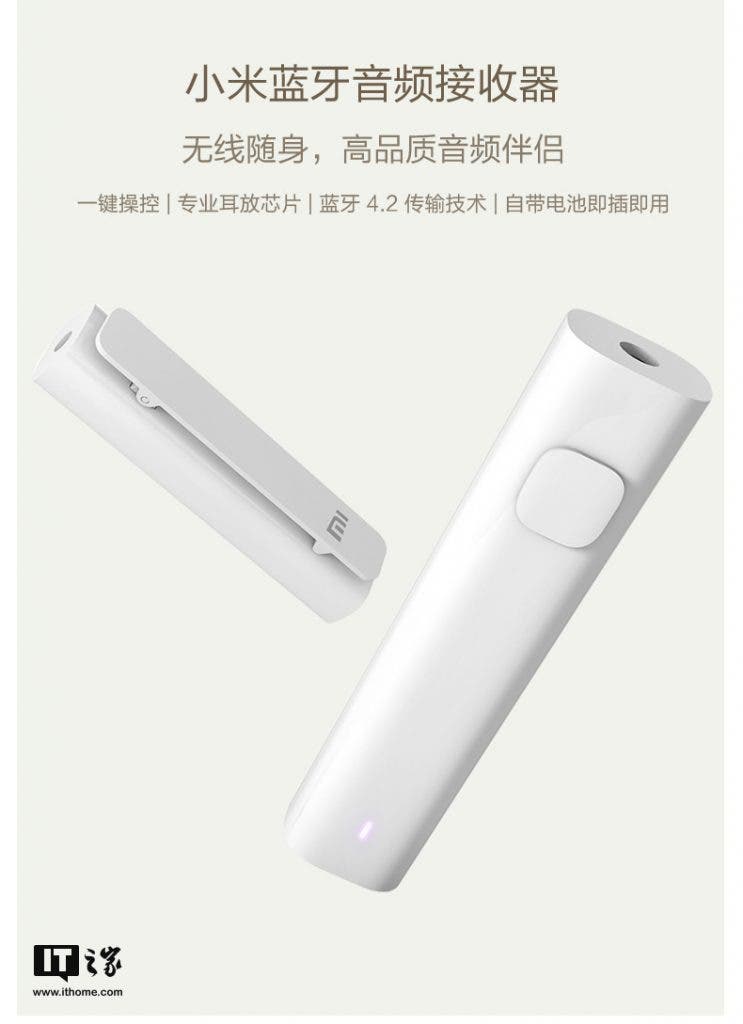 According to the company, this new gadget can connect to all compatible headsets with 3.5mm audio jacks and could be a solution for all those Xiaomi Mi 6 owners out there who still miss connecting their Piston handsfree to their beloved smartphone. With the Xiaomi Bluetooth Audio Receiver now they can! 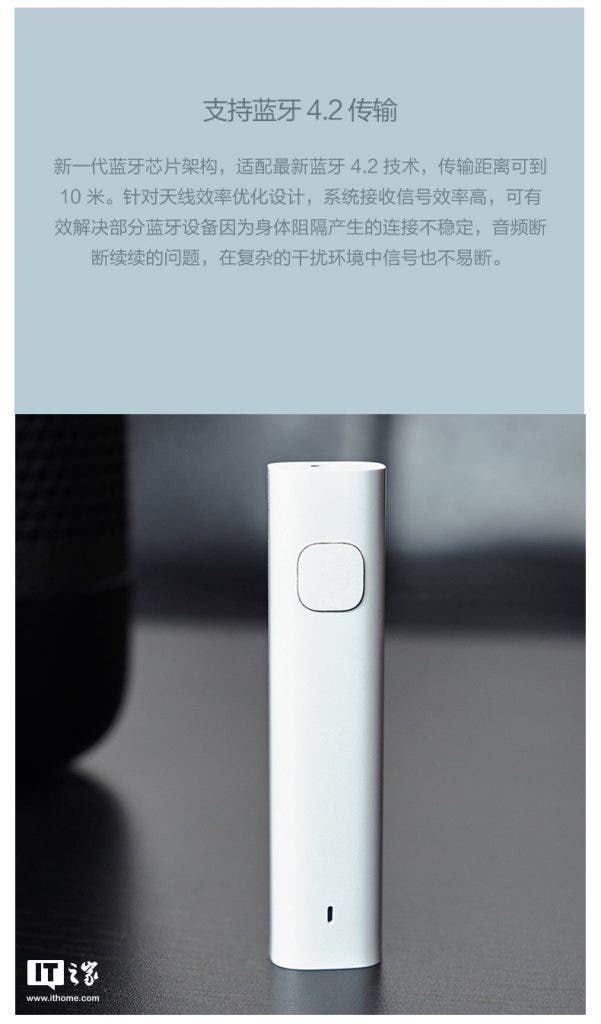 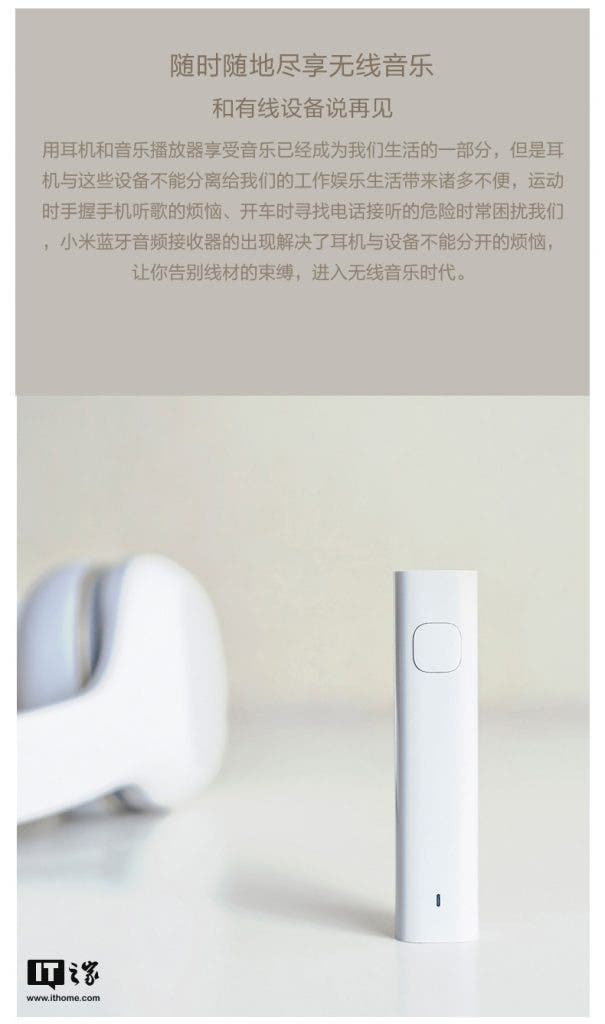 According to the company, the Xiaomi Bluetooth Audio Receiver comes with a 97mAh battery that can last between 4 to 5 hours on a single charge and can be recharged via a micro USB port t the bottom. It has a physical key for the pairing procedure and it is expected to go on sale tomorrow 🙂