For the smartphone user who wants their cake and eat it, the flagship HOMTOM HT10 is well worth a second look.

HOMTOM’s HT10 smartphone might be a device that has flown under your radar, but you’ll be kicking yourself once you look through the features, specs and the new limited price for the handset.

Off the bat the HT10 scores highly for being one of the few phones that support all popular 4G LTE networks around the world! Chinese phones have long had compatibility issues with LTE networks from different countries, but HOMTOM says they’ve gotten around this. So if you’re the type who tends to travel a lot the HT10 is going to look like a sensible choice. 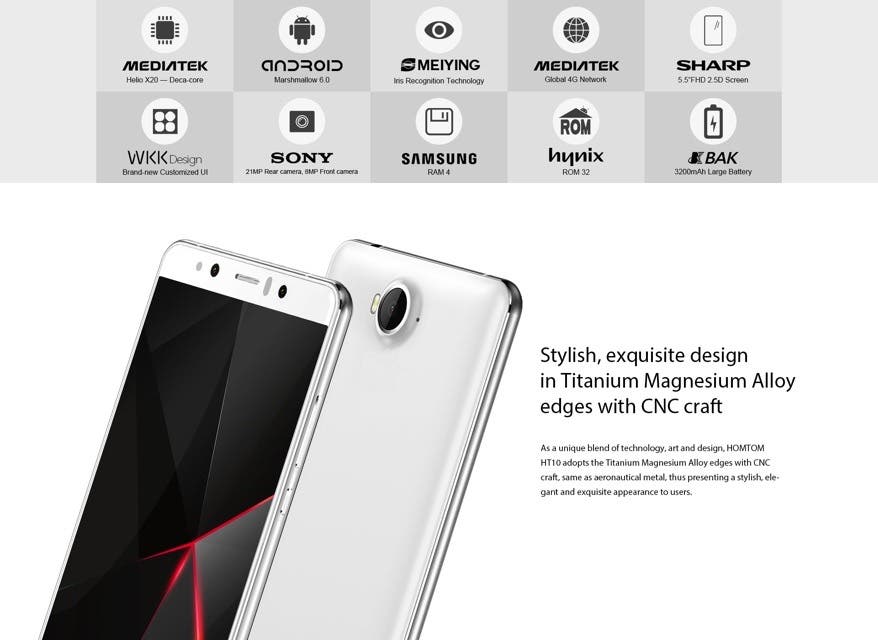 The killer features just keep coming. IRIS recognition technology, built into the phone’s front camera, means that simply looking at your handset will be enough to unlock it. 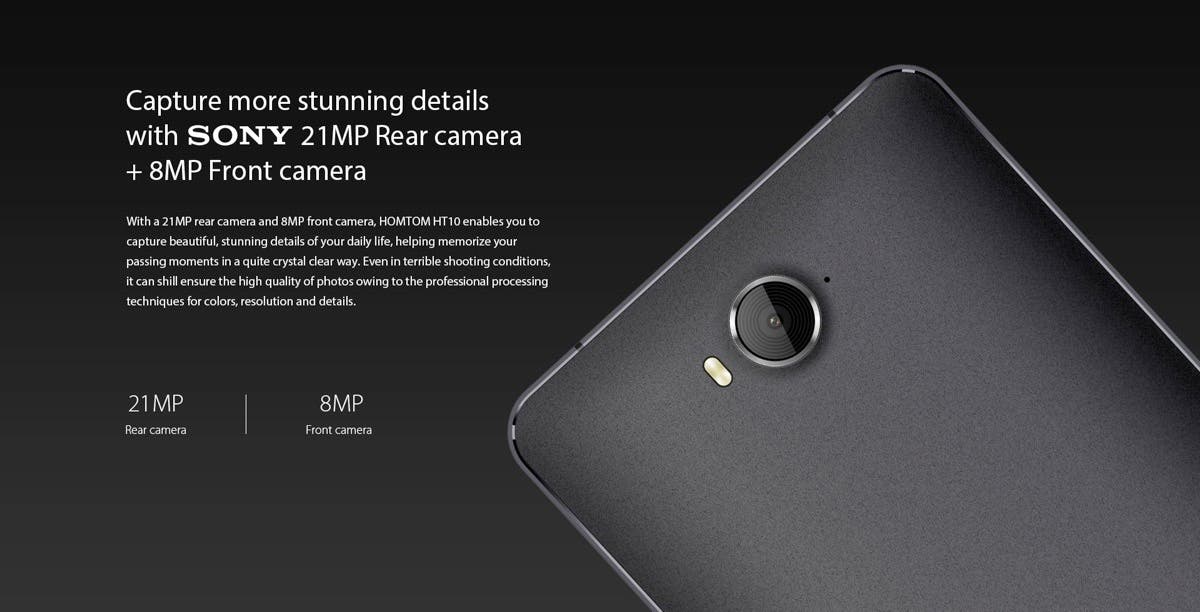 Power users will be happy to see that the HT10 uses a powerful Mediatek Helio X20 chipset, a SoC with Triple-Cluster, deca-core CPU architecture. With this upmarket chip, onboard HOMTOM has been able to add a higher resolution 21 megapixel main camera and 8 megapixel front camera.

Memory is well on par too with the HT10 shipping with 4GB RAM, 32GB internal memory and room for SD cards with a capacity of unto 128GB, so you no longer have to worry about not having enough space.

Best of all though is the new retail price for this feature-packed Android smartphone! For a limited time only, Chinese reseller Gearbest is offering this phone for just $129.99! But if you want to buy the phone at this price you’ll have to be fast.