After launching the Huawei Enjoy 7 Plus in China in April, the Chinese smartphone maker has now unveiled the standard variant of the phone dubbed as Enjoy 7. The device has been launched in China today with a price tag of 1099 yuan or $162.

The device features the now typical Apple-inspired design that many other companies like Oppo and OnePlus have used. On the front of the device, we have its 5-inch HD display. The device is fairly unremarkable in terms of design, though at the very least it looks refined and the colour options are nice. 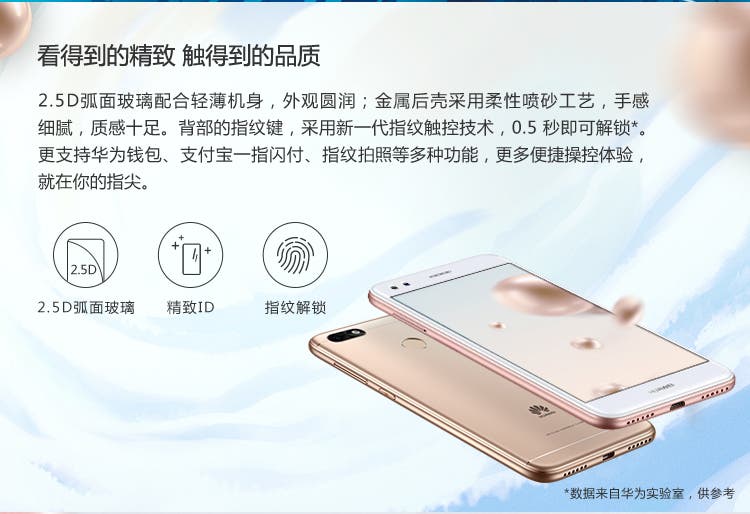 On the camera front, the smartphone houses a 13-megapixel rear camera with Phase Detection Auto Focus (PDAF) as well as a 5-megapixel front-facing camera for selfies and video capture. The Enjoy 7 stays powered with a 3,020mAh battery and the device utilizes some sort of ‘smart electricity 5.0 technology’ which makes the battery life longer.

Aside from that, the Enjoy 7 comes with something called Ultra Memory background memory compression technology which supposedly should give us a pretty fluid experience. More features include a rear fingerprint scanner, and that’s really just it. It’ll come in black, red, blue, streamer gold, champagne gold, and pink.

Next Uhans Note 4 Will Rival The Xiaomi Redmi Note 4