An ASUS Zenfone 4 device listed as the ASUS_Z01KD appeared recently on Geekbench powered by the SDM660 SoC, which is better known as the Snapdragon 660, with 8 processors clocked at 2.21GHz. 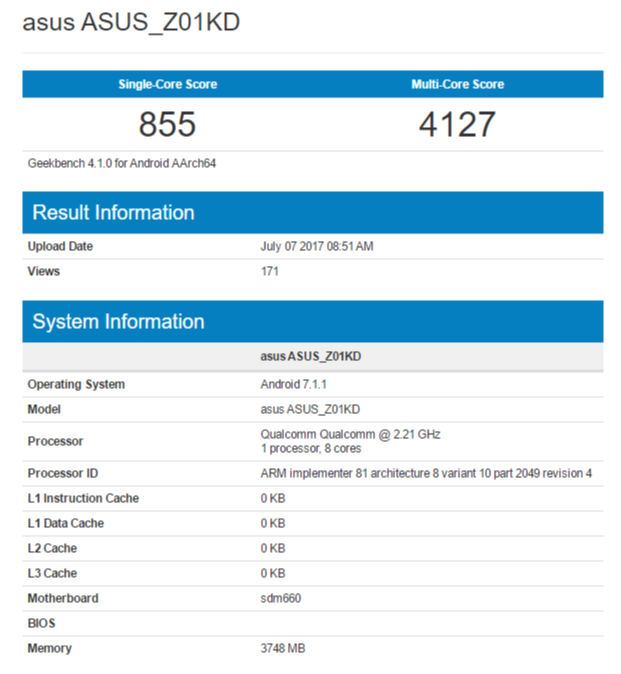 According to the listing, this device runs on Android 7.1.1 Nougat and has 4GB of RAM, scoring average results basically, with 855 points in the single-core test and 4127 points in the multi-core test.

If we are to believe Roland Quandt (well known leakster) then this device is one of two variants by ASUS, as the second will be equipped with a Snapdragon 630 SoC. Note however that the ASUS_Z01KD is included in the list of upcoming phones to be released this year but there are in fact two versions on that list. One is Z01KD_1 and the other is Z01KD_2.

There is no more information on this matter at this time.

Next Xiaomi X1 images leak, along with pricing, specs!