I guess the wait is almost over for all those of us out there, who are still waiting for an official MIUI 9 update on their Xiaomi phones. A recent leak of a legit MIUI9 lockscreen earlier today hints at an imminent launch I guess, don’t you think? 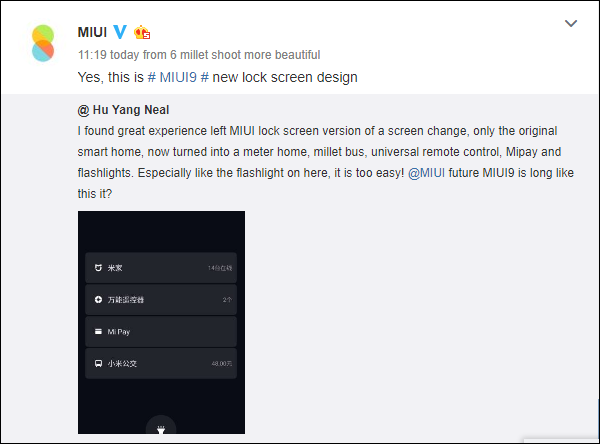 The leaked screenshot appeared on Weibo and presumably shows the MIUI 9 Interface’s lock screen’s new look and it was immediately confirmed by Xiaomi via the MIUI Weibo account that the interface is really for the MIUI 9. If you take a close look, you may see that there are app shortcuts to MIJIA app, Universal Remote control app, Mi Pay, Mi Bus card, while at the bottom there is a quick launch button for the flashlight. 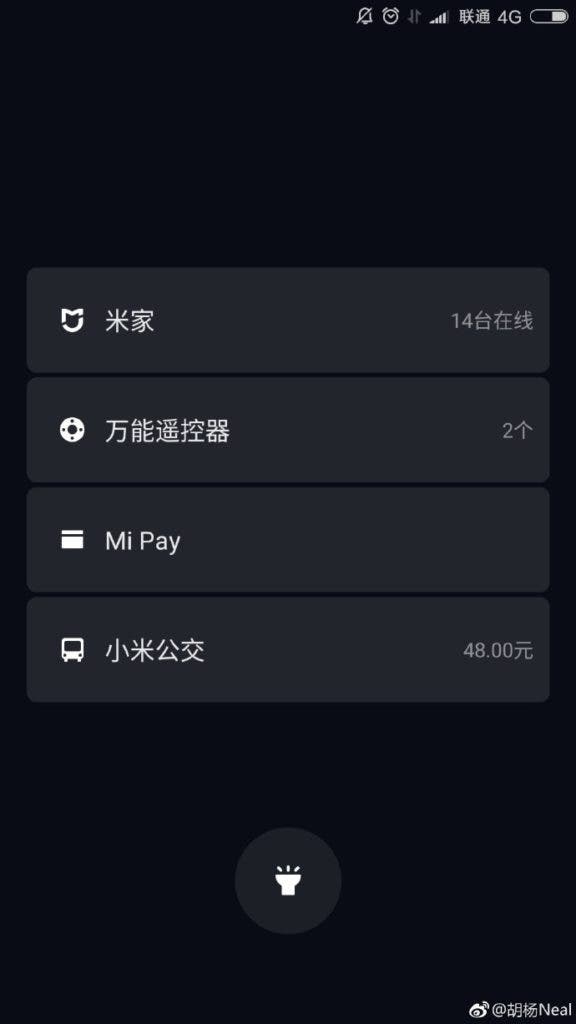 Rumors say that the application shortcuts are indeed customizable, something that I guess all of us would like to be true. Xiaomi has already confirmed that the new MIUI 9 will come with several new features such as split screen and picture-in-picture with screenshots of the interface showing the features. There is also word that Xiaomi will be stop SMS scheduling on the upcoming interface – after all nobody is using SMS in 2017- and they will finally allow us to delete system apps!

Today’s leak insists, that the MIUI 9 release will happen before August 16 so… we have one more month to wait.