A mysterious smartphone that goes under code name Xiaomi Helium appeared recently on Geekbench’s database for benchmarks and revealed some of its technical specs. 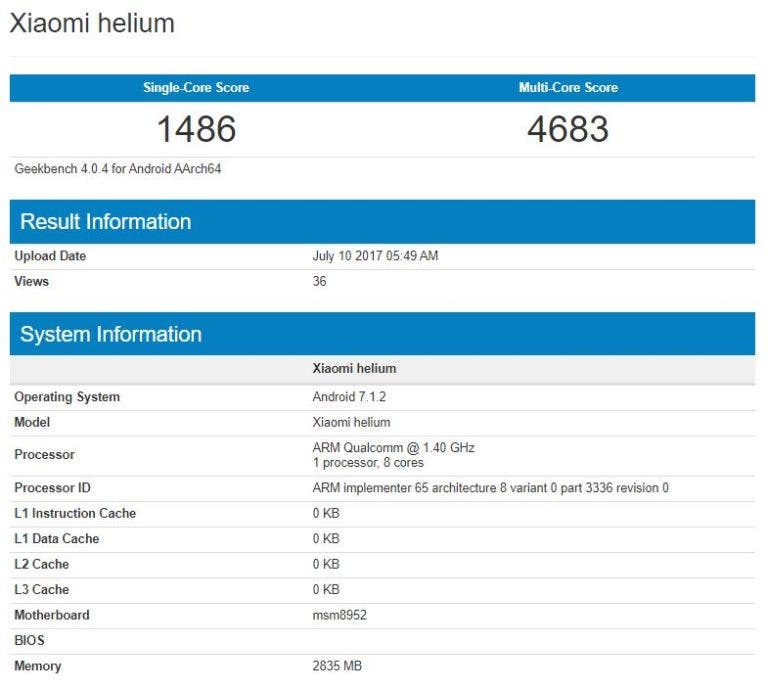 Obviously Xiaomi Helium is definitely not its real name but still we can find out something about it as you can see from the image above. The device is equipped with a mid-range Qualcomm Snapdragon 617 chipset which is identified by the msm8952 alias, and has 8 cores inside clocked at 1.40GHz. It runs on Android 7.1.1 Nougat with MIUI 8 sprinkled on top and offers 3GB of RAM for quite pleasant multi-tasking I guess.

So what about the real name of this device? Do we know it? Well not for sure but we have an idea. In case you don’t remember Xiaomi used the code name Helium for the 32GB variant of last year’s Mi Max model, naming as Hydrogen its other two storage variants (64GB/128GB).

So we could be seeing at a trimmed down variant of this year’s Mi Max 2 model but this isn’t confirmed yet. At this time this is all we’ve got for you 😉

Previous Xiaomi Mi 6 will be the first to get the MIUI 9 update?