Well this surely looks interesting I think! It seems that a mysterious Samsung device under SM-G96XX model series has been spotted on Geekbench, with its listing revealing a SDM845 SoC (which is rumored to be the Snapdragon 845). 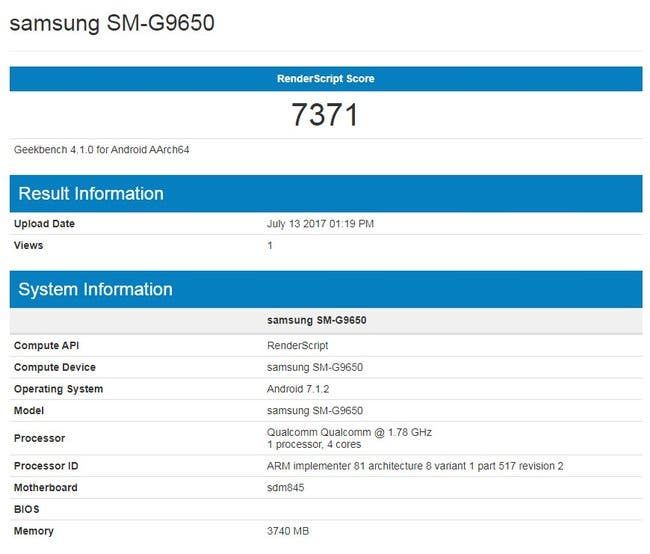 The model number hints at a next year’s flagship model running on a not announced yet chipset, so everyone can safely assume that we’re talking about the Galaxy S9 model (?). According to the listing, the device runs on Android 7.1.2 and offers 4GB of RAM, hinting at another flagship model of the Korean company.

But why do we see it so early? And why does Roland Quandt insist that there’s another Galaxy phone with the same model number (SM-G96xx) equipped with a Snapdragon 840 SoC strolling around for benchmarks as well?

In any case these are the latest news on this matter, but we will be watching it closely to let you know if something new comes up.