HOMTOM has combined the idea of a rugged phone with the idea of capturing the excitement while in the mountains, the result is the all new HOMTOM HT20 Pro.

The issue with most rugged smartphones is the fact that while they can survive a drop and live in water, most of them don’t really have the type of hardware that most users are happy to live with from day to day.

Rugged phones can be quite basic in comparison to phones of a similar price, and often the performance of various pieces of the phone are lacklustre at the very best.

HOMTOM saw this an opportunity and decided that they could build a rugged smartphone that isn’t just tough, but also good looking and features packed.

The big upgrade on the HOMTOM HT20 Pro compared to most other rugged phones is the upgrade in the camera department. While out on the trail, in a canoe or climbing a cliff you are going to want to snap a few beauty or action shots, so with this in mind, the HT20 Pro has a 16 megapixel main camera which promises crystal clear performance even during the night.

Up front, an 8 megapixel camera is a great upgrade over most other rugged phones on the market too.

HOMTOM hasn’t forgotten that it is building a tough, shock and weather resistant phone though, and it’s excellent to see that the new HT20 Pro is IP68 certified against water and dust. 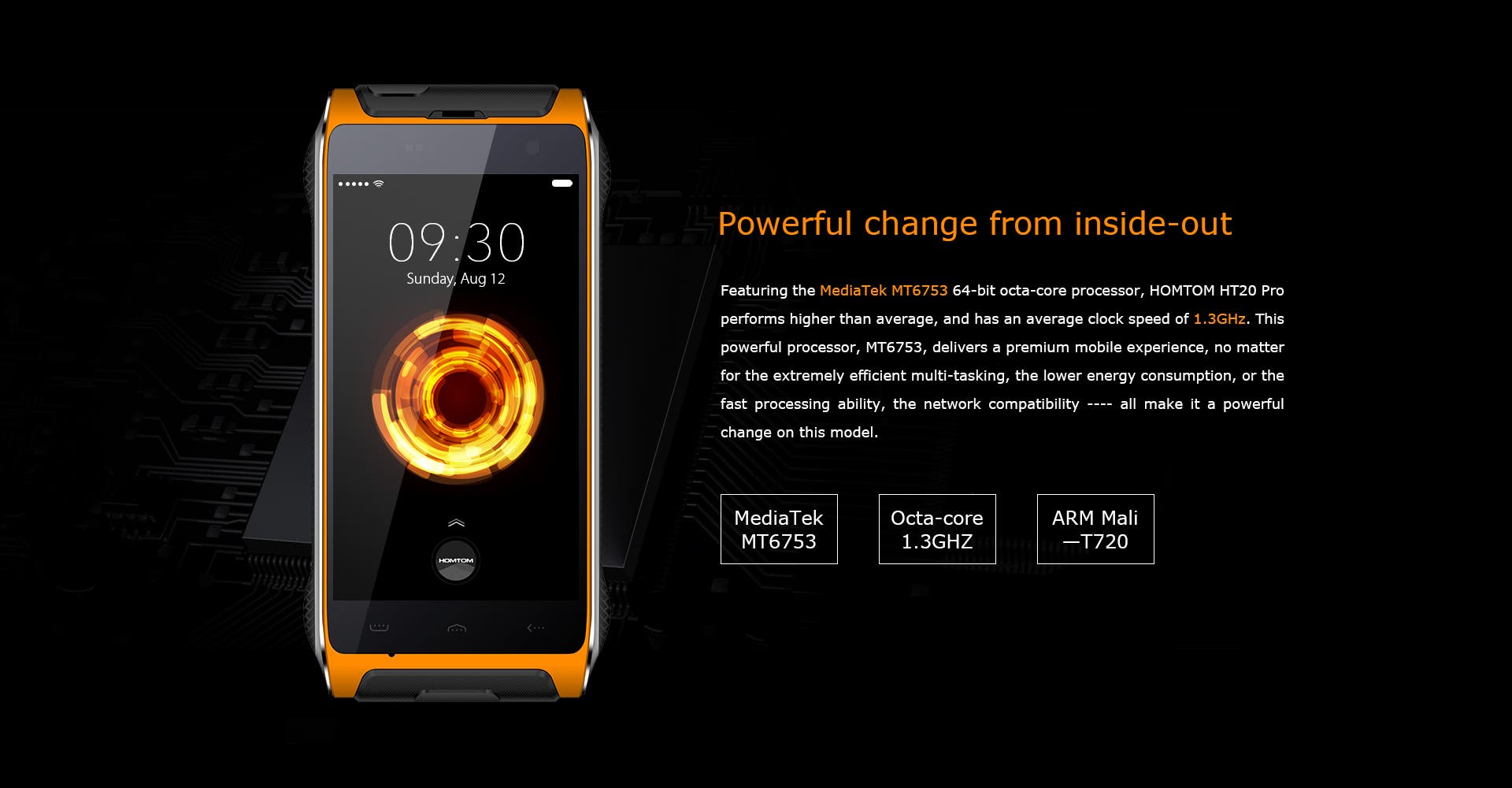 Remarkably the HOMTOM HT20 Pro isn’t overly expensive though! For a limited time, only this rugged HOMTOM will cost only $110.19 which makes it one of the most affordable phones on the market with 16 megapixel main camera!

Pricing will be kept at the introduction low price until July 26th. To pick up the phone head over to the store here, or visit the HOMTOM website for more details.