Sometimes the chinese manufacturers just need to prove a point no matter what and that’s where all the comparisons articles come from. And today we have quite one of those David vs. Goliath battles with Bluboo S8 trying to joust against more than 5x times pricier Samsung S8 flagship. Well the names are almost the same after all, right ? 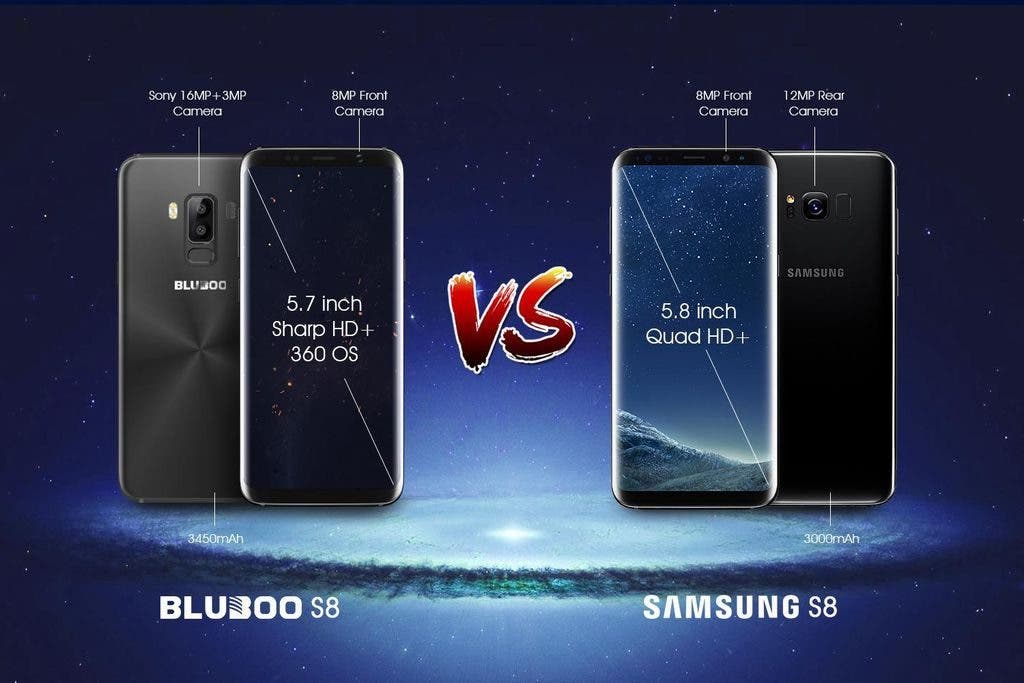 In the following tables you can clearly see all the main aspects of the Bluboo S8 and its budget version Bluboo S8 Lite put directly against the Samsung flagship’s specifications. And while it’s obvious it would get crushed in most of the cathegories, just keep in mind you can have five of those for one Samsung or in case of the Lite one even ten pieces.

But there is also an interesting point hidden in the somewhat dubious comparison tables and pictures, because Bluboo stated that they are also planning a high-end version Bluboo S8+, which should be equipped with the powerful Mediatek Helio X30, 6 GB RAM and 128 GB ROM. But that’s still more of a planned project than actual phone already in the making so we will need to wait for that. 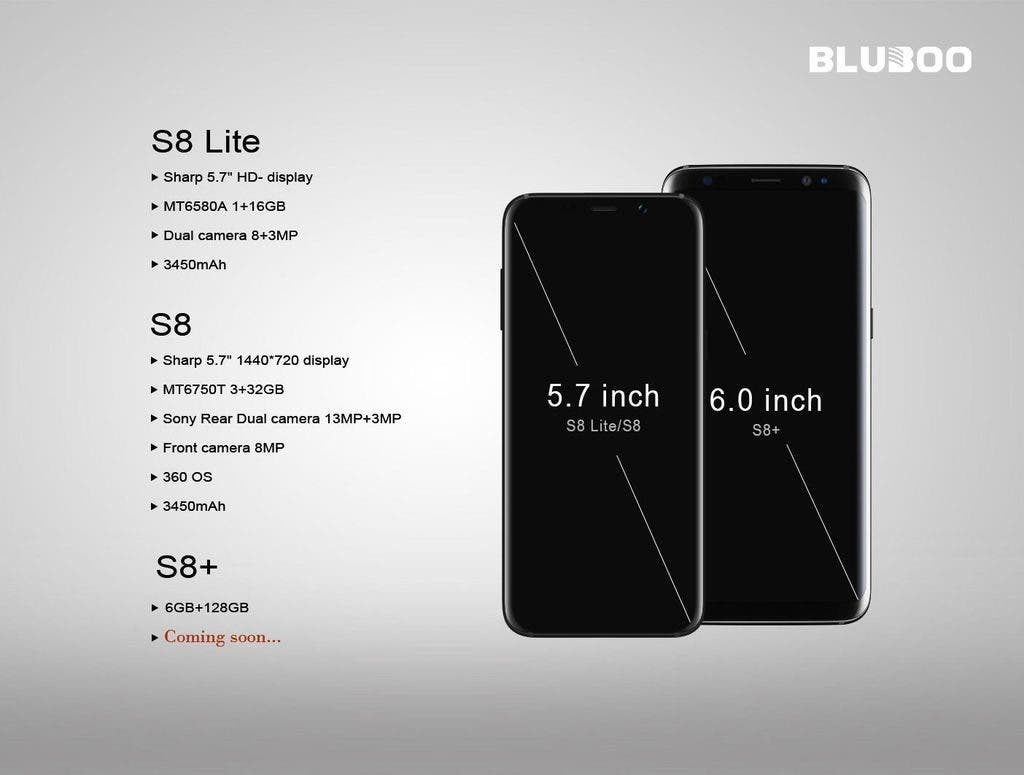 If you would be interested in the Bluboo S8 models then you can easily find more information about them on the official website.

Next Specs of the rugged Oukitel K10000 Max confirmed