Leagoo are apparently meaning business with their new KIICAA lineup and following the first S8 model from this series with 18:9 aspect ratio screen there is another one in the making. And you can just wildly guess just from the name Leagoo KIICAA MIX what sort of design and style the phone will be using. 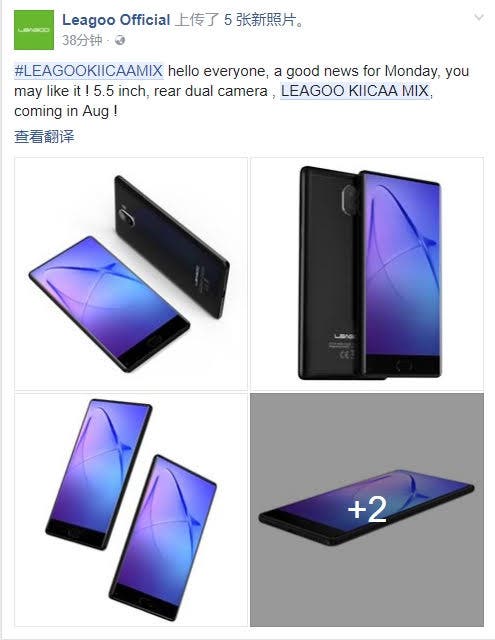 Yes absolutely right, it’s going to be another one of the Xiaomi Mi Mix clones with the tri-bezel-less design. Not much has been revealed about the phone yet, so all we know is that it will have 5,5-inch display, dual rear camera and front facing fingeprint scanner. It should be launched in August and the well known leaker Evan Blass is throwing some extra info about it into the fray. 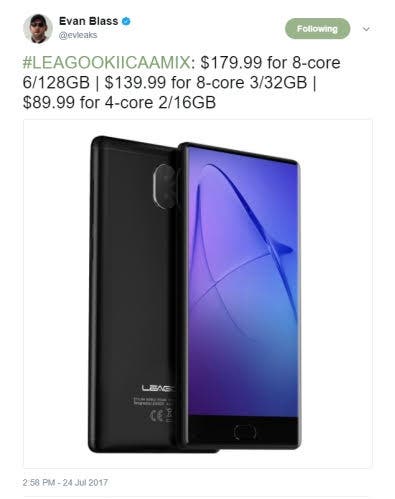 There will be three different versions of the Leagoo KIICAA MIX available and the differences won’t be just cosmetic. Lowest version will have just quad-core processor and 2GB RAM+16 GB ROM, but it will also be the cheapest one with just $89.99. More powerful versions will be sporting octa-core processor and 3GB RAM+32 GB ROM or even 6GB RAM + 128 GB ROM, priced at $139.99 and $179.99 respectively.

Next Is Samsung S8 worth 5x times more than Bluboo S8 ?