According to a new report that comes from Asia supply chain sources, the most awaited iPhone 8 flagship model by Apple will start shipping in October or early November, although it will be unveiled alongside the iPhone 7s and 7s Plus at a launch event that’s slated to occur on September 7, 8 or 9. 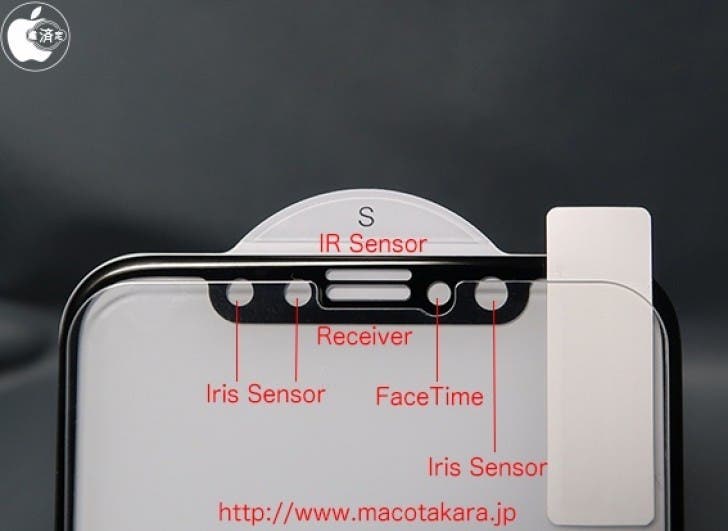 The same sources now suggest that we should forget about TouchID technology and the implementation of a fingerprint sensor on top the side positioned On/Off button. Instead they insist that all official cases for the phone don’t have a hole for that button so the probability of TouchID hiding in there is low.

The rumors also suggest that the company will probably ditch the TouchID sensor for another type of security technology we all know today: iris scanner along with face recognition.

The image above shows a purported screen protector for the device, and as you can see it has way too many sensor holes for a phone without an iris scanner. Whereas if such a setup is in, all of those cutouts suddenly make sense. The system could be called FaceID.

It also seems that the iPhone 8 will only have a black front fascia with a glass back which will probably support Qi wireless charging, at last – which is by the way a first for the Cupertino based company.

Previous Pricing for the 3 versions of Leagoo KIICAA MIX confirmed

Next New editions of Oukitel U11 Plus launching outside of China