A new report courtesy of Dday.it has surfaced online revealing the real-life images of what could be the yet-to-be-announced ZenFone 4 Pro. The device is expected to be the flagship of the whole Zenfone 4 series, and the specs it has do seem to match up.

The smartphone will apparently feature Snapdragon 835 SoC under-the-hood and will pack 6GB of RAM alongside 64GB of onboard storage. The leak also mentions that the smartphone will offer support for 1Gbps LTE connectivity.

On top of all that, the ZenFone 4 Pro will also have a dual rear-facing camera. It seems like the dual cameras are configured for 2x zoom, and the leaks also suggest that the module is a 21MP unit. This gives the device a similar setup to the iPhone 7 Plus’s dual cameras. 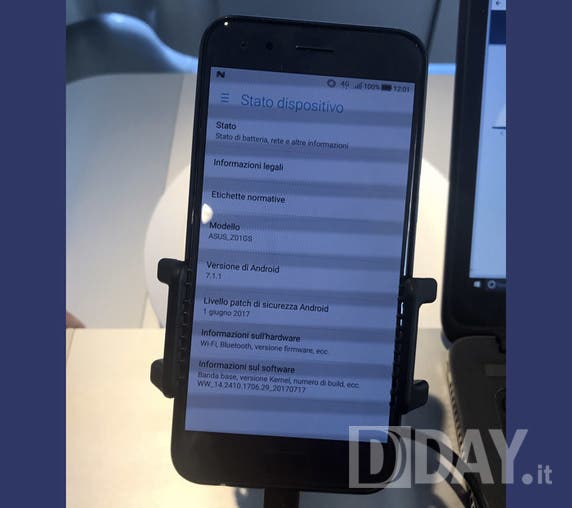 In terms of design, the device is really nothing too special. It has some decently chunky bezels flanking its 5.7-inch QHD AMOLED display, as well as a front facing fingerprint scanner. The rear is covered by a security case, so the design remains unseen.

The Asus ZenFone 4 Pro’s launch date has yet to be confirmed. Some reports point towards a September 21st launch, though we expect it to arrive some time in August. The device is expected to run Android 7.1.1 out of the box with Asus’s ZenUI on top as usual.