Well that’s not unheard of I guess, don’t you agree? With just 2-3 weeks left until its official unveiling on August 23, the Galaxy Note 8 appeared today in a set of 4 leaked photos that basically confirm most rumors. 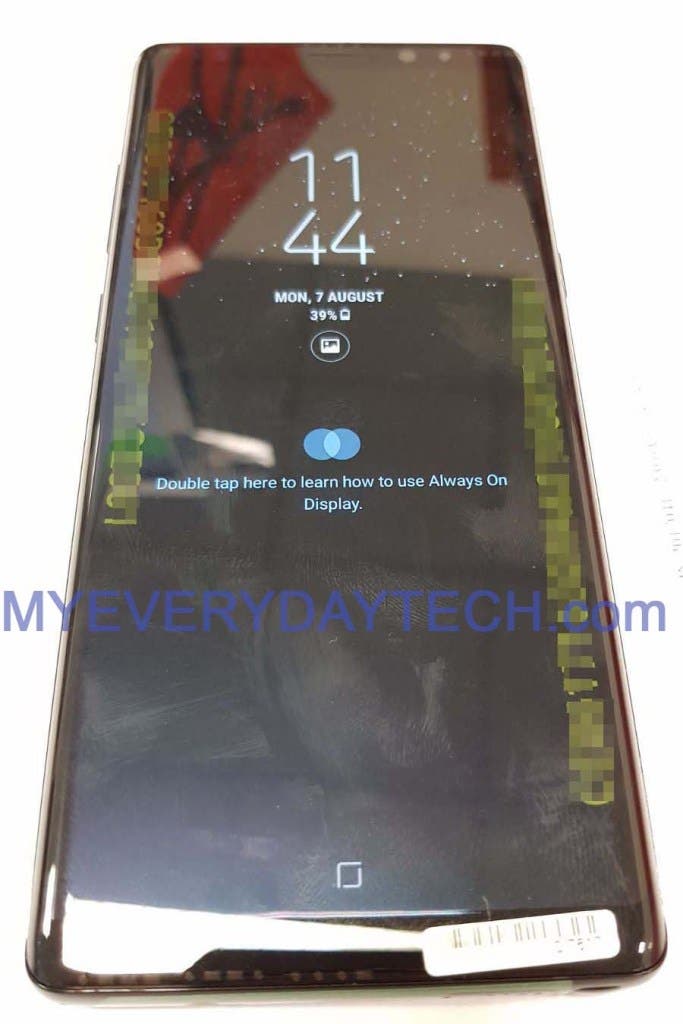 The images look like shots of a Note 8 prototype device (the blurred numbers gave that away) but still we have a lot to see. The images were published by myeverydaytech.com but now they pulled down the original post. According to these, we can confirm that the Galaxy Note 8 prototype packs an impressive Infinity Display, the same as Galaxy S8 has, but larger in size (about 6.2 inches) with 18:9 aspect ratio. You can also see the Always On Display feature that the Galaxy S models have, along with the volume rocker and On/Off buttons on its side. 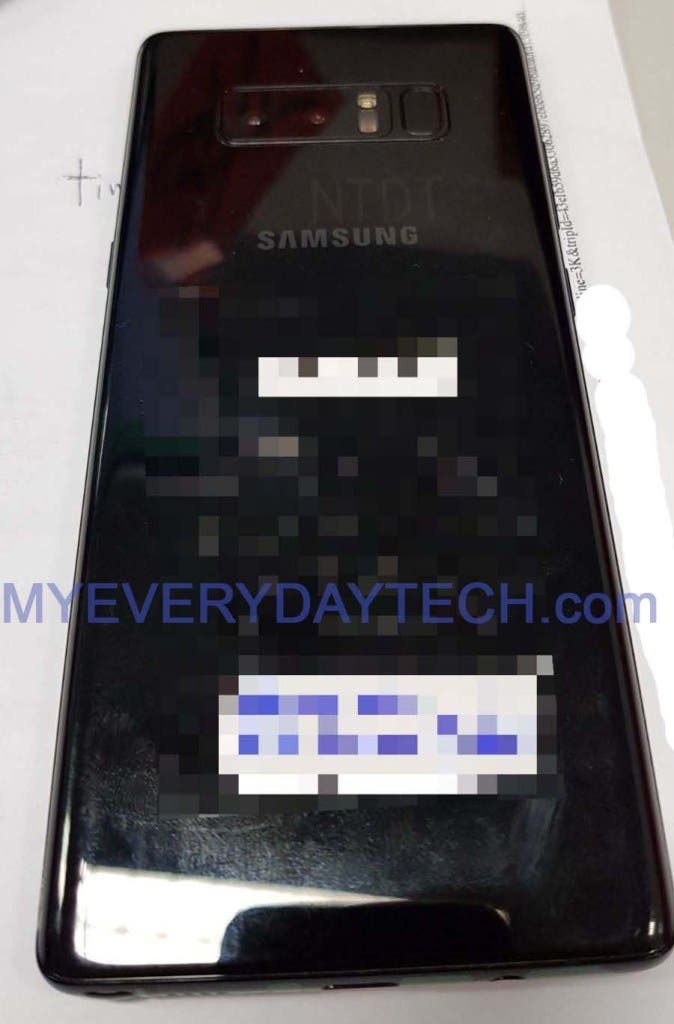 If you take a look at the photo of the back side of the phone, you will spot the dual camera setup (in horizontal placement) with two 12MPixel sensors that are equipped with OIS (Optical Image Stabilization) and dual LED flash. There’s also a rear placed fingerprint sensor just next to the cameras, along with the S-Pen in the last image below. 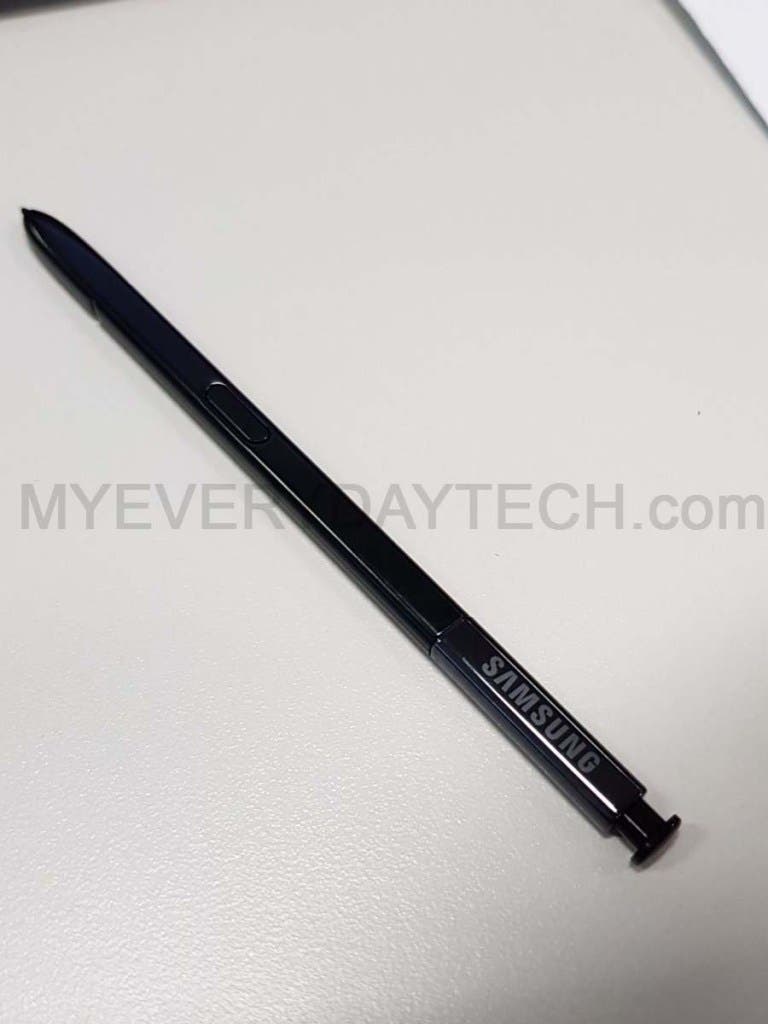 The source of this leak insists that the Galaxy Note 8 will be IP68 certified with water resistant features and a 3.5mm audio jack for all those old fashioned music fans out there. Its specs remain the same we knew all these weeks: it will be equipped with a Snapdragon 835 SoC (some models will come with Exynos 8895), 6GB RAM for the standard model and 8GB RAM for the most expensive variant that will cost 7,000 Yuan (~$1030).

Next LG Q6 ready to launch in India on August 10