I guess we all know by now that Asus plans to launch quite a few Zenfone 4 models in the coming weeks and according to a recent leak, none of them is going to be cheap.

A price list that appeared earlier today from Eprice.com.tw shows that the Zenfone 4 (ZE554KL) with a Snapdragon 630 chipset could go for a hefty amount of 400$ – that’s for the 4GB RAM + 64GB ROM version. The dual camera smartphone is expected to be unveiled on August 17, accompanied by another variant, equipped with a more powerful Snapdragon 660 chipset. 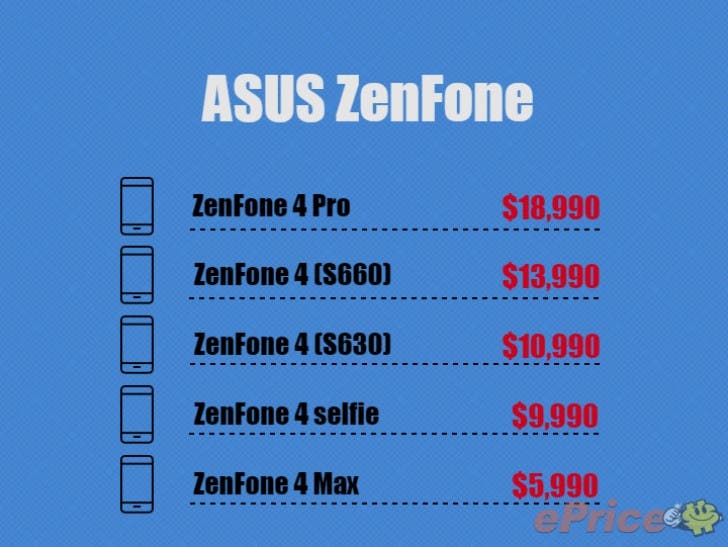 The leaked price list reveals that the upcoming Zenfone 4 Pro will be priced at $650, since it’s packing a Snapdragon 835 SoC with 6GB of RAM and 64GB storage, along with a 5.7” AMOLED display with QHD resolution, plus a dual camera with 2x zoom. In case you forgot, Asus has at least four Zenfone 4 models in the works so we have the Zenfone Max that’s already official, the two aforementioned models above and, finally, the Zenfone 4 Selfie.

As always this is a leak, hasn’t been confirmed so we take it with a pinch (or two of salt).

Previous Zhiyun Smooth-Q 3-Axis Gimbal Stabilizer at only $124.99 with our Coupon