After recently popping up on Geekbench, the Sony Xperia XZ1 has appeared on the benchmarking site, GFXBench. The Geekbench benchmark threw light upon most of the specs of the XZ1, with the GFXBench listing has disclosed a few more details about the smartphone. 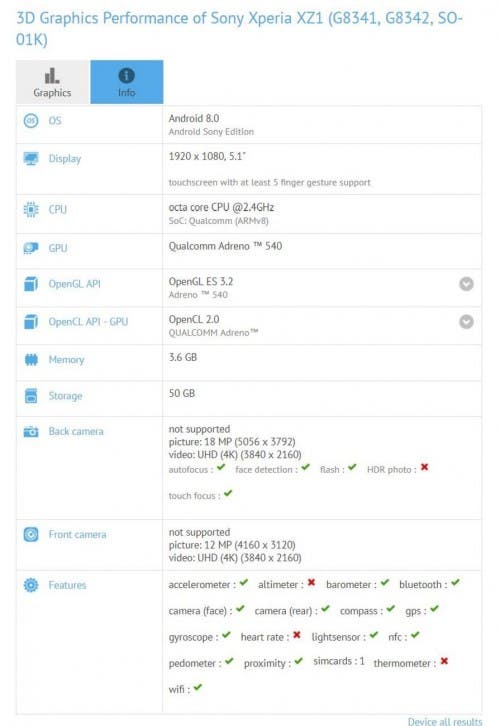 Two models are specified in the benchmark, the G8341 and the G8342, the latter probably being a dual SIM/different memory variant. According to the benchmark, the Sony Xperia XZ1 will feature a 5.1 inch display with a 1080p resolution. Under the hood lies a Qualcomm Snapdragon 835 coupled with 4GB of RAM and 64GB of onboard storage. On the camera front, the XZ1 will sport a 19MP sensor on the rear, and a 13MP sensor on the front, both of which are capable of 4K video.

There is no word on the release date of the XZ1, but we are expecting a launch during IFA, around the start of September. Most of the XZ models are expected to be launched around the same time. Watch this space for more!