With Xiaomi Mi 6 already available in the market for the past couple of months, Xiaomi is working hard to launch its next high end smartphone and boost even more its sales. That’s why the company is getting ready to unveil its Xiaomi Mi MIX 2 model in September instead of waiting until the end of this year. 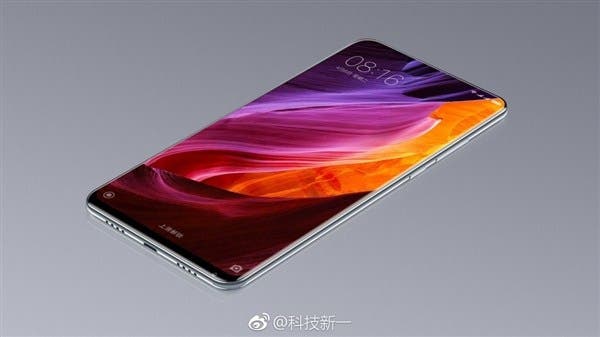 A leakster in Weibo that goes under the name @new technology posted earlier today a spy photo of Xiaomi Mi MIX 2 that shows – presumably – a prototype model that could be the final device – there’s 90% chance according to him. The leaked image above shows an impressive smartphone equipped with a bezel less display with almost 100% screen/body ratio, an earpiece that is embedded in the glass chassis and a front facing camera placed at the bottom bezel! The device has really rounded corners when compared to the previous model and the leakster insists that it will be unveiled by mid-September at a price of 4,999 yuan ($748) approximately.

Obviously – no need to clarify but anyway- this is just a leak, not confirmed, so we should all be careful how to handle it.

Next Chinese smartphone shipments drop during first half of 2017