Oukitel thinks the K10000 MAX hasn’t been tortured enough and after soaking it in water, slurry, lime water, heat and cement water, now it gets left in a tank filled with water-based paint. Why is that you may ask? Well, the company states that it has lower density than water so it’s easier for it to permeate into objects, such as the Oukitel K10000 MAX. Is that true? Let’s check it out in the video below!

So, after 30 minutes of being dumped in two different types of water-based pain the K10000 MAX is still working at its best.

Since it also passed this test, the smartphone deserves a specs round up so here we go. The Oukitel K10000 MAX comes with a big 5.5-inch Full HD display coated in Corning Gorilla Glass. As the name suggest, it gets a massive 10000mAh battery, it’s then powered by a MT6753 octa-core chipset, together with 3GB of RAM and 32GB of memory, which should offer a smooth and fluent handling experience.

Being a rugged phone, you’re probably going outdoors and thus you’re able snap some beautiful photos, for that we have a Samsung 16MP image sensor for the rear camera and an 8.0MP shooter on the front.

You can now subscribe to the Oukitel K10000 MAX presales over on the official website. There, you can get a $50 coupon and if you’re lucky enough to be either the 50th, 100th, 150th, 200th, …950th, 1000th to get it for half price; that means one every 50 subscriptions. The K10000 MAX will launch in early September, if you think you might be interested by then, don’t miss the opportunity. 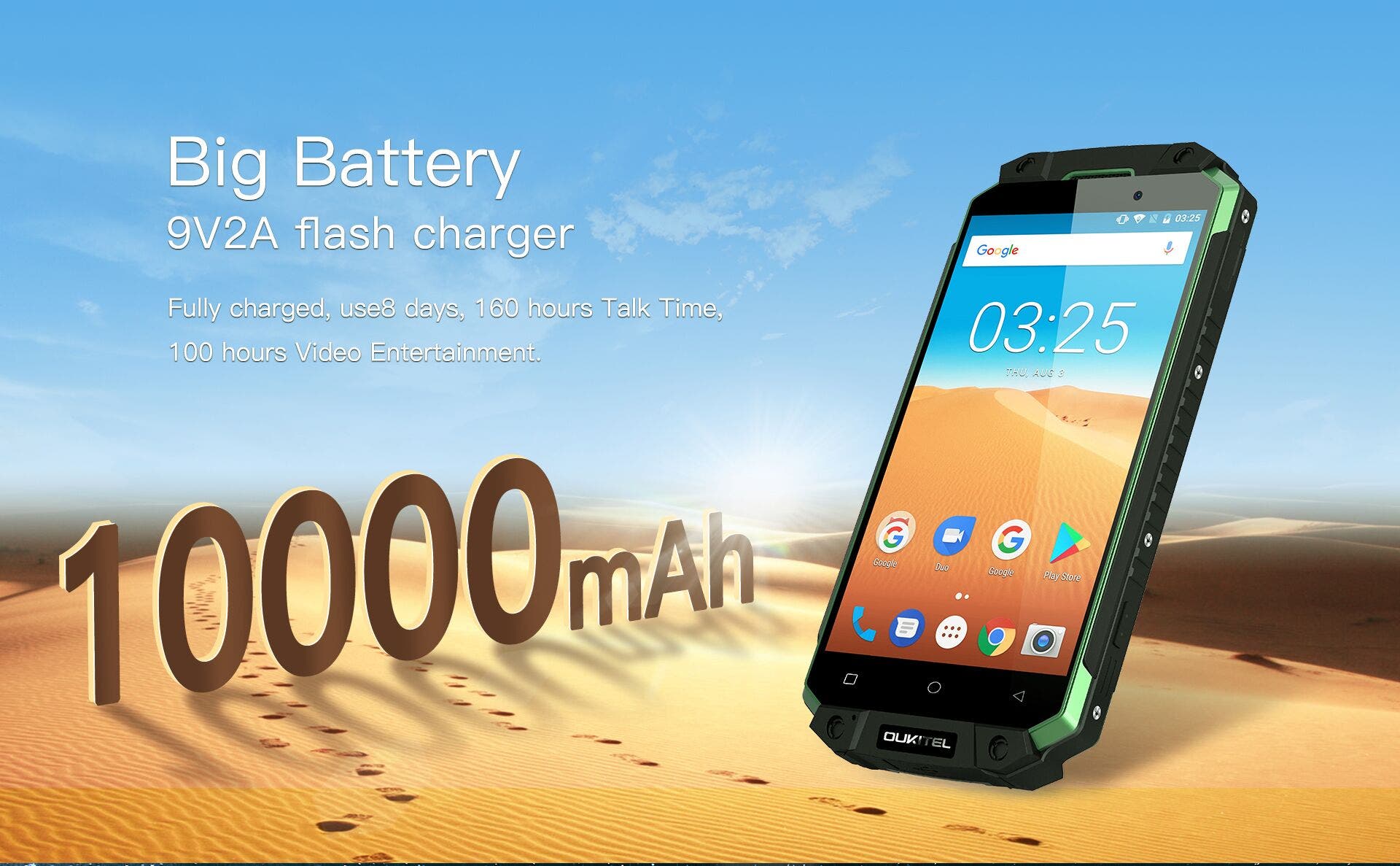