The Samsung Galaxy Note 8 has less than a week left before it is launched and a brochure made for the Australian market has leaked. By now, we have a pretty good idea as to what features the Note 8 will pack, and the brochure confirms and adds on to them. 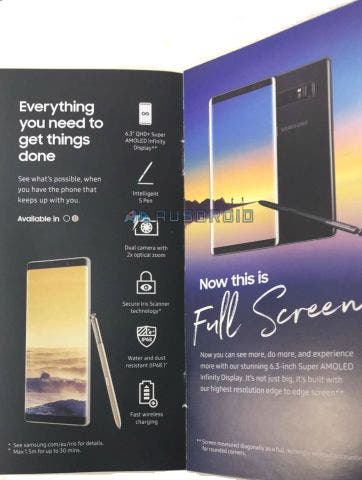 The front of the brochure is highlights the front panel of the Note 8 which is a 6.3 inch QHD Super AMOLED infinity display. The brochure talks about the Note 8’s infinity display, the S-Pen, a signature trait of all Samsung Galaxy Note smartphones, the dual camera setup on the rear, water and dust resistance with IP68 certification and fast wireless charging along with a few other features. 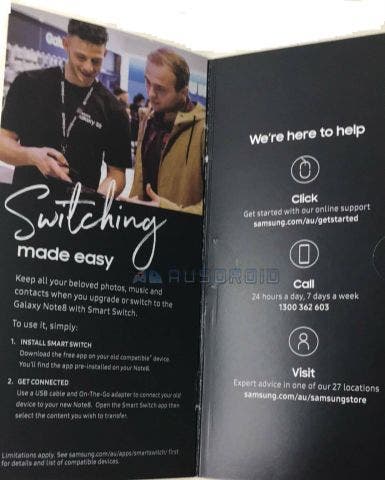 There’s the Smart Switch app which will allow you to switch from your old phone to the Samsung Galaxy Note 8 with ease via USB. Coming to the S-Pen, even though the pen itself isn’t anything new,Samsung seems to have bundled a few handy features. You can now take notes on the Note 8 without turning the screen on. Messages can now be written and shared as GIFs. 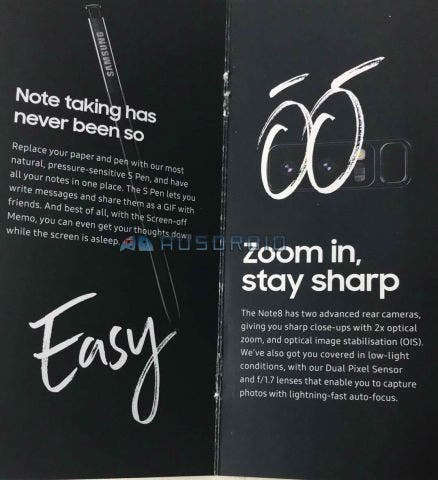 Another great add on is the dual camera setup. It has 2x Optical zoom coupled with Optical Image Stabilization. The lenses are f/1.7 coupled with dual pixel sensor allowing for better low light photography. Advertised in the brochure are two colors, Midnight Black and Maple Gold.

Slated for a 23rd August release, the phone is expected to hit the U.S, U.K, and South Korea first. Watch this space for more!

Next The Cubot X18 with 18:9 Display Aspect Ratio will be available in Gold and Dark Blue