It’s been almost 2 months after the first appearance of the Samsung Galaxy J7 (with Android Nougat) on WiFi Alliance, and still the device hasn’t received any relevant update. 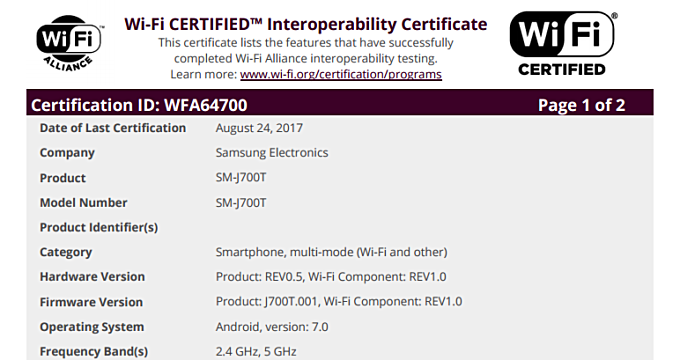 Earlier today we got info that the same model (Samsung Galaxy J7) once again appeared on the same (WFA) website, with its listing confirming once again it runs on Android 7.0 Nougat. We can all understand that Samsung’s developers have been testing the software of the device for the past 2 months – as it seems- but still there’s no official information on when the update will be pushed out.

However any WiFi certification is good news, because it means that the update is near its final stage before roll out.