According to reports by Chinese retailer Suning, Nubia will launch a new version of the Nubia Z17 early next week!

Nubia is on the cusp of launching a new Android smartphone and once again the handset will be based on the flagship Nubia Z17. So far we understand that this new variant of the Nubia Z17 will launch on the 30th August, but the rest of details have come to us by way of the Chinese tech grapevine. 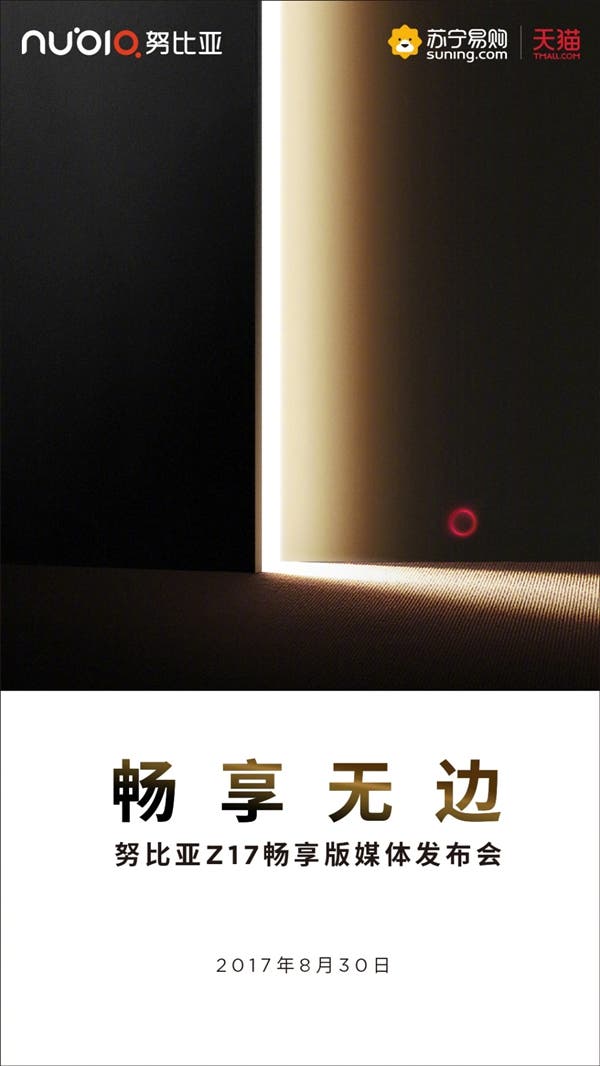 It’s suggested that the phone will launch with 4GB RAM, and that if it retains the powerful Snapdragon 835 chipset of its stablemates, will be the cheapest SD 835 on the market at launch!

Of course, Nubia could also launch the phone with an entirely different SoC, but regardless of the spec, the overall design and bezels nature of the phone should remain unchanged.

Keep posted to GizChina.com for updates!

Next This Titanium Chinese Phone Costs A Cool $2000