With just a couple of days left until the 31st of August when the upcoming (and most awaited) LG V30 flagship is expected to be unveiled, the leak of its first live image can only be seen as a great chance to see the device. 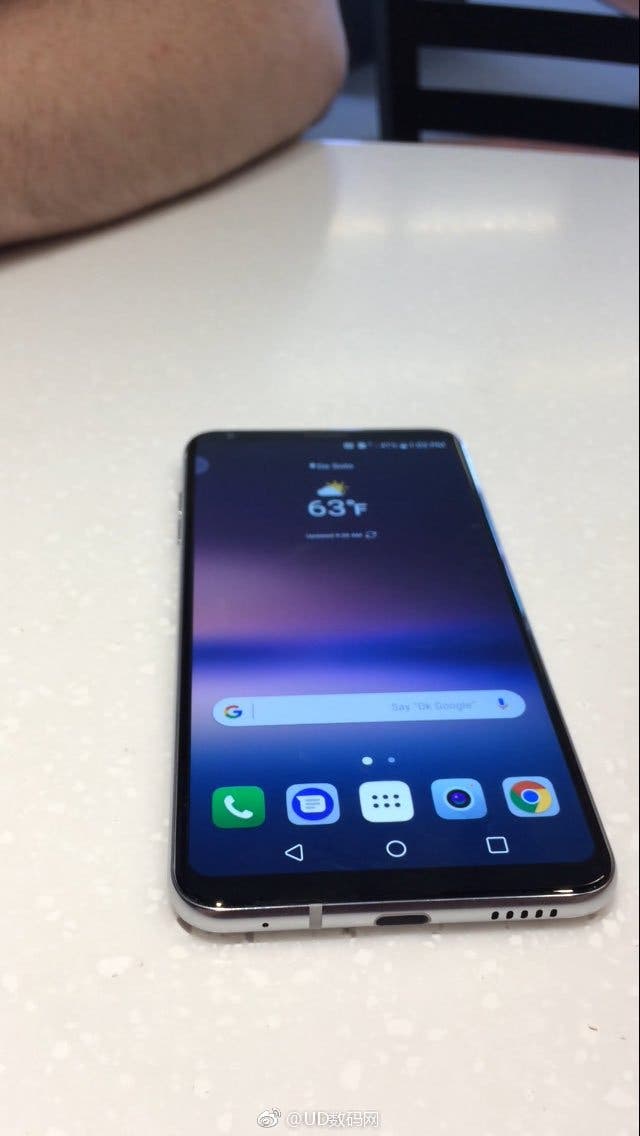 The image appeared on Weibo earlier today and confirms that the V30 will sport an elongated display with FullVision technology and a design that resembles the one used on LG G6 flagship. As the South Korean company has already confirmed, the LG V30 features a 6-inch FullVision OLED screen that will deliver an aspect ratio of 18:9 and a resolution of 2,880 x 1,440 pixels.

The leaked image also reveals that the V30 will not be equipped with a secondary (ticker) display, unlike the LG V10 and V20 models. Instead it is expected to come with a floating bar (you can see it minimized on the top left side of the display in the image above). This software solution will display all the notifications and frequently used shortcuts, and remain accessible as a transparent arrow that can be pulled out to check alerts whenever required.

Note also that there’s a USB Type-C slot at the bottom of the device along with a speaker grille and an external speaker. Stay tuned guys, it’s just 3 days until its official unveiling so we will have a lot to talk about 😉