Huawei is ready to further expand its mid-range portfolio and in order to this, they have to unveil a new model, isn’t it right? Earlier today, Honor (Huawei’s subsidiary) announced on Weibo that there is indeed a new phone on its way – it is the Honor V9 Play and will come on September 6. 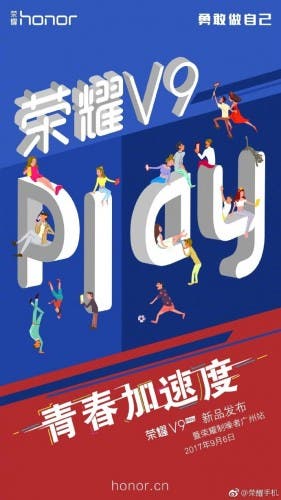 According to Chinese news agency Anzhuo, the Honor V9 Play will be equipped with a Kirin 659 chipset, along with 4GB RAM for excellent multi-tasking performance and a 12 MP main camera on the back. During the past few weeks, the device also appeared on TENAA and according to those images, it will also have a fingerprint scanner below the camera setup.

It will be officially unveiled next week (September 6) with a possible price tag of CNY1,500 or around $227.

Next First OTA update for Vernee Mars Pro is here