The Vernee Mars Pro model is available in the market for a while already and it received quite positive feedback from the users so far. After all it’s a pretty decent midrange piece sporting all metal design, Helio P25 chipset, 6 GB RAM, side mounted fingeprint, very thin side bezels or an AMOLED screen. And all that for fairly reasonable price too.

But phones are not just simple collection of hardware components and the software and all the optimizations play a bigger role in the whole user experience than many people actually think. So it’s always nice to see the manufacturers taking good care of updating the system frequently to get rid of all the annoying bugs and little problems. 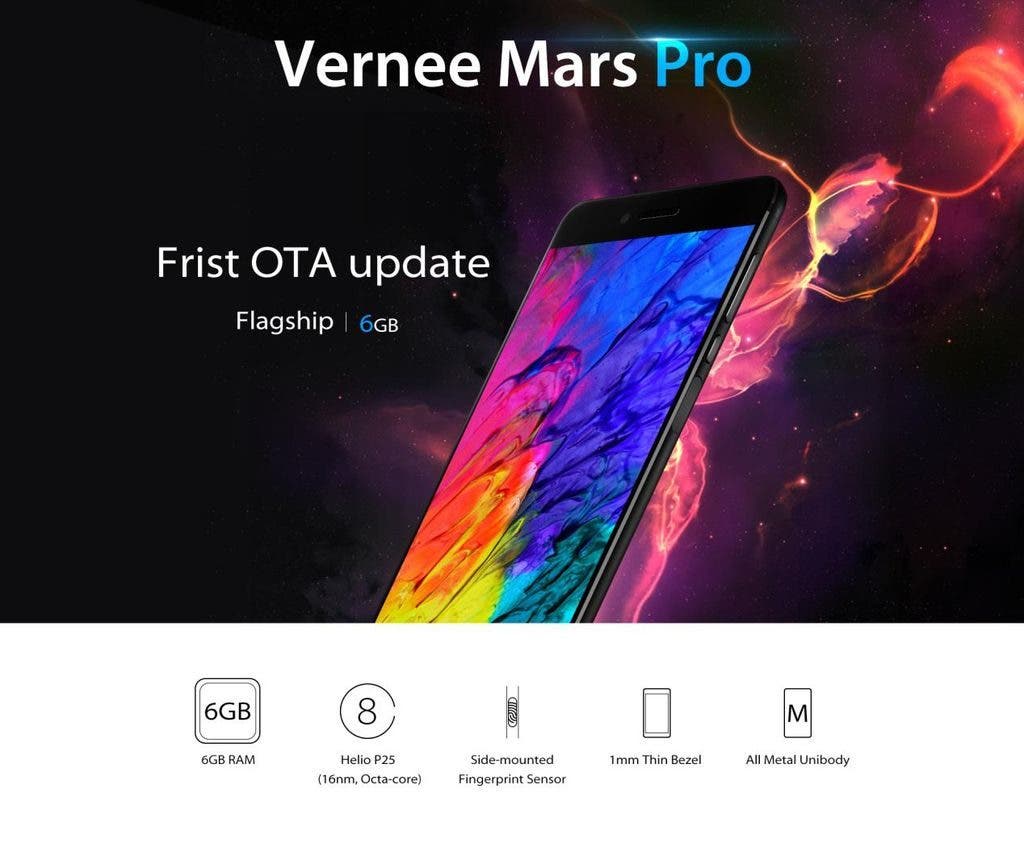 And first update for the Vernee Mars Pro has just arrived with some pretty significant changes. First of all it adds a Vernee customized ringtone, optimizes the sound volume during calls and audio in general, optimizes the camera functions and fixes several bugs including some Bluetooth issues, wake-up problems after calls or invalid calendar notification ringtone settings. You can get the update through OTA or manually from the Vernee’s official website.

Vernee Mars Pro is also currently enjoying a nice discount event on Aliexpress, you can get it for mere $179.99. Not bad at all.

Next Chuwi tablets and laptops discounted for the Aliexpress sale