It seems that after the 1$ billion loan they recently secured, Xiaomi aims higher in terms of expanding their offline sales infrastructure by opening even more Mi Home stores all over China. In these stores, the company showcases and sells smart home products, mobile accessories and home wireless gadgets, to smartphones and power banks. 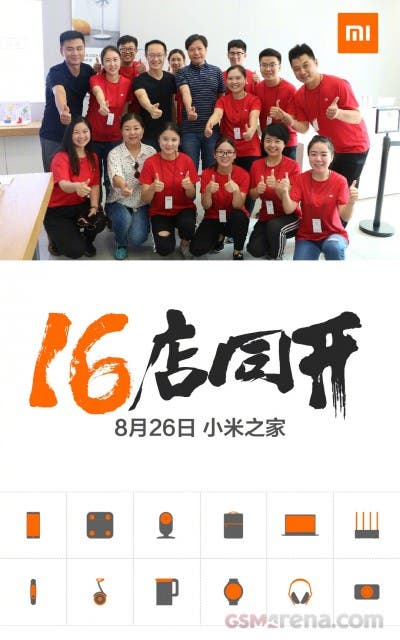 During a recent interview, Xiaomi’s CEO, Lei Yun confirmed that they plan to further expand their presence in the form of physical locations in major cities all over China. Lei Jun said that 200 stores are planned to be opened this year with the ultimate goal of reaching 1,000 stores in three years.

That’s why over the previous weekend, the company celebrated the opening of 16 new stores in China, with 79 stores in total having opened during the past 3 months. Xiaomi is using an aggressive policy to compete with Oppo and Vivo – they already have a really strong presence in the Chinese market – and to succeed in this, they keep investing in new Mi Home stores.

Let’s hope they have learned from what happened to LeEco’s aggressive strategy last year that led to its possible demise.