It seems that Vivo is working hard to promote their upcoming flagship (Vivo X20) and take advantage of the partnership agreement with FIFA, that makes the Chinese phone manufacturer an official sponsor of the next two World Cup tournaments. 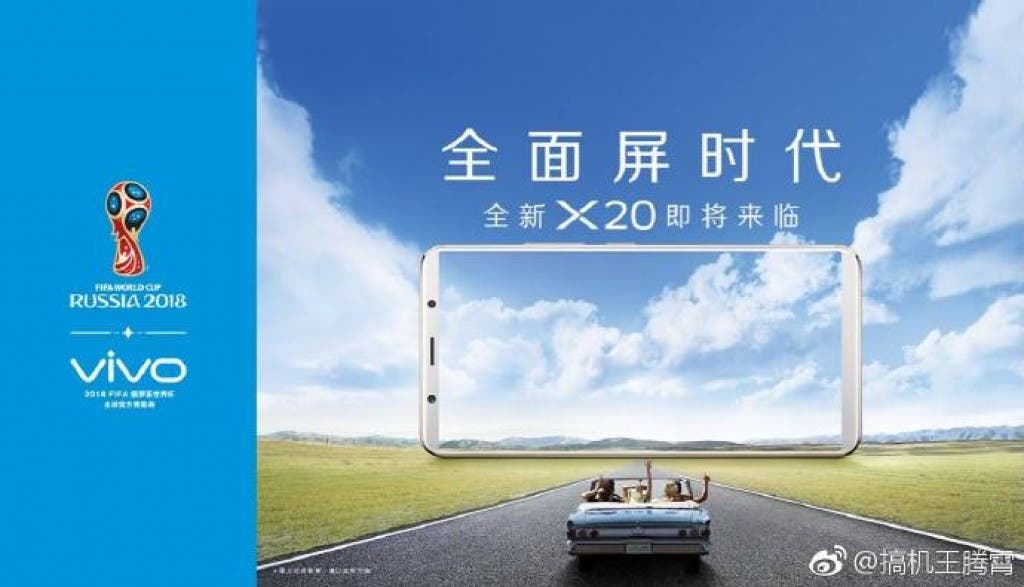 Earlier today, a set of two posters for the upcoming World Cup 2018 in Russia leaked and in them we can see the new Vivo X20 flagship! Obviously two images cannot reveal technical specifications but still, we can confirm that the device will be using a 18:9 display with minimal bezels, similar to the Full Vision screen LG implemented in its flagship G6.

The main motto of the posters says:

“The era of full-screen”

As we foretold there are no official (or rumored) specs available – yet- on this model, but we do know that it will probably use Vivo’s ultrasonic fingerprint scanning technology from Qualcomm. This technology is expected to be implemented on two of Vivo’s new smartphones around Q1 2018, so that’s when we expect to see this X20 flagship I guess.