Leagoo aren’t stopping in their world expansion dreams and after announcing the partnership with UK football team Tottenham Hotspur in August, they’re now launching a new device at the MWCA (Mobile World Congress Americas) taking place in San Francisco from September 12th till the 14th. 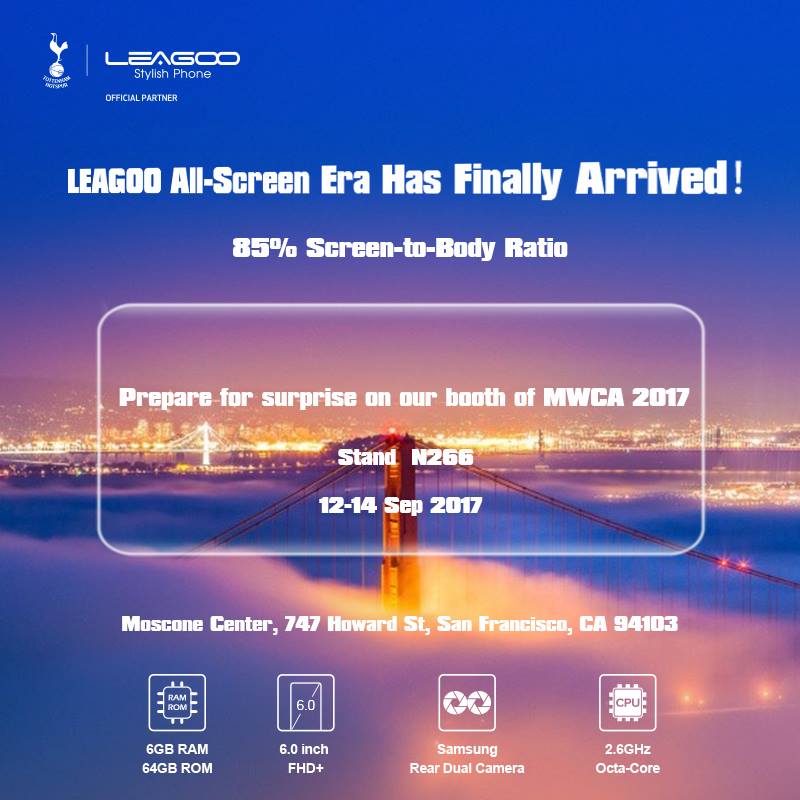 Launching their next phone on US soil is a big step for the Chinese company and may lead to a great growth in such market.

According to the post on Leagoo’s official Facebook page, the new flagship will feature a massive 6-inch FHD+ display with a 18:9 aspect ratio, a yet unveiled 2.6Ghz octa-core CPU, 6GB of RAM and 64GB of internal memory. We’ll also be getting a dual camera setup on the back produced by Samsung.

So, Leagoo are probably going to launch this device today which not by chance is the same day we’ll see the new iPhone 8. A really bold move for the smaller Chinese phone maker, but kudos for the confidence.

Do the specs you’ve just read appeal to you? Either way, stay tuned to learn more about it!

Previous Bluboo arming for the "full screen display 2.0" era with S8+ and S2