Yes I know. The bezel less design is the next big thing of this year and almost all manufacturers work closely to incorporate it to their upcoming models. Gionee is one of the last to… obey the demands of the market and a recent leaked render of their upcoming Gionee M7 model confirms it. 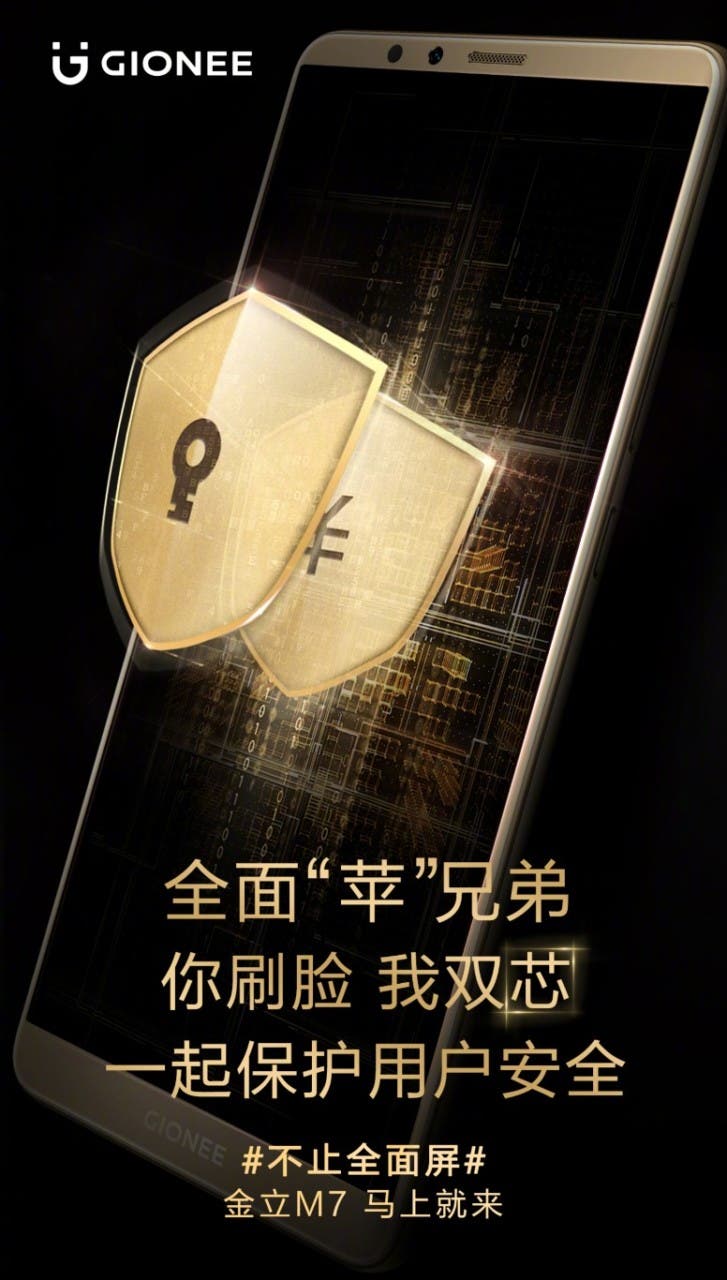 The leaked render shows that the M will feature almost no bezels on the sides of the display while there are minimal bezels both above and below it. There’s a quite large top bezel but it’s there for a reason as it will house the device’s front-facing camera, light sensor, and earpiece, while the bottom bezel only has the Gionee logo marked on it.

That’s not all the info we have on the Gionee M7 model however, as the device was recently sighted on the GFXbench website, and according to its listing it will pack a 6-inch display, a MediaTek MT6757CD processor, 4GB of RAM, and 64GB of internal storage. It should be running on Android 7.0 Nougat with Gionee’s own skin on top, but so far we have no official info on when it will be unceiled.

We will keep you informed however – as we always do.

Next Oppo working on Oppo R13 with edge-to-edge display?