It seems that Vivo is working hard to further populate its mid-range portfolio of smartphones and this recent appearance of the Vivo X20A on the database of Geekbench basically confirms it. 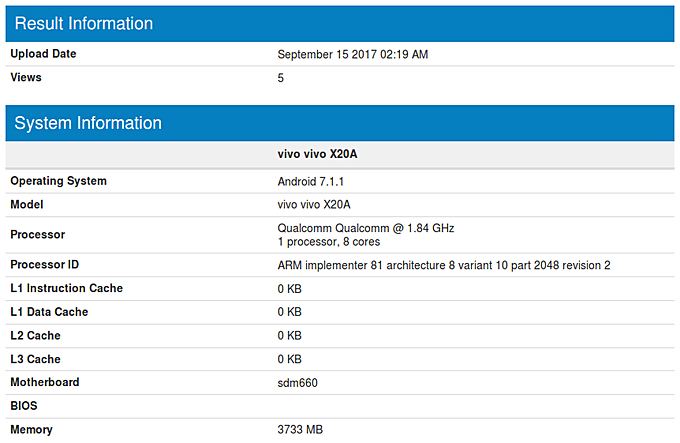 According to its listing, the device seems to be equipped with Qualcomm’s Snapdragon 660 chipset, along with 4GB of RAM and Android 7.1.1 Nougat as the version of its operating system.

In case you missed it, this isn’t the typical device, as the Chinese company has already hinted at a “standard” version of the device, called Vivo X20. The device is presumably equipped with an identical SoC (Snapdragon 660), packing 6GB of RAM, a 5.8 inch display with 1080x2160px resolution, while camera department is handled by 24MP rear and front shooters. Battery capacity is said to be 3,500mAh.

The good news here is that both the X20 and X20A models have already been certified by TENAA, so we expect to see them officially on September 21.

Previous Gionee M7 to be officially unveiled on September 25