Many of you probably know the SJCAM brand, one of the biggest and more active action camera manufacturers in China; only this year they’ve launched the SJ6,
SJ6 Air, SJ360 and SJ7 Star action cams. Now, they’re opening up to another market, with their first ever car dashcam – the SJ DASH. 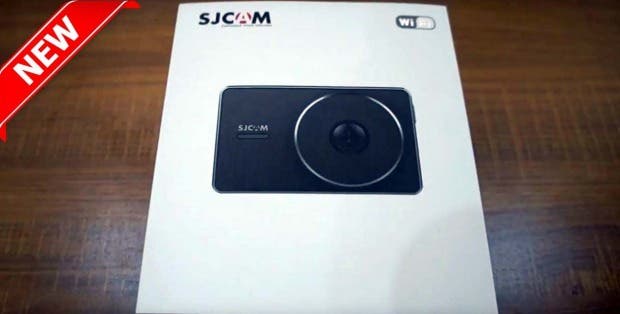 If you aren’t aware of what dashcams are, because you’ve never need one before then you should know they’re cameras mainly used to record traffic accidents and
incidents. A wide majority of dash-cameras have no batteries, but capacitors and they are not waterproof nor dust-proof; as they’re made to be used inside your vehicle.

The recently launched SJ DASH will be coming with some neat features such as:

This dash-camera comes after SJCAM tried the VR world as well, with their SJ360 which is capable of recording 360-degree videos. The SJCAM first appeared on their Youtube channel which you can check out here.

SJCAM recently revealed that the SJ DASH will be sold for just $89 on retailers sites such as Gearbest, Banggood, Geekbuying and as well as SJCAM’s official store.

Let’s now get down to the nitty gritty; what are the actual specifications? Well, we know most of them, exception made for the processor it packs. All the other details were easily discoverable checking out the camera’s packaging. Down below are all the specifications we could find:

In the video released by the company we can see the dashcam comes in a minimalist and tidy packaging. Inside the box we find the camera camera with two mini-boxes which contain all the accessories. On the box itself, there is a QR code for both the Android and iOS app. There is also a security code on the package, so you can be sure
that it’s a genuine product.

What you’ll find inside the box is:

If you are used to all the accessories usually coming with action cameras that might disappoint you, but since this is a dashcam and it’ll always sit on your car’s windshield that’s all you’ll ever actually need.

Following up with the unboxing video we have a look at the matte black camera, which beside WiFi and a Sony image sensor also features a 3-inch touchscreen display.

A neat detail you learn in the video is that the camera does not have a battery, but it has a capacitor instead. This means that it will only work when connected to a power-source
(a car charger or a power bank).

On the front of the camera, other than the wide-angle lens and logo, we can see
the speaker. Meanwhile on the pack we’ve the LCD screen together with status and
WiFi indicators. On the right side there’s memory card slot. Lastly, the left side is reserved for power button, whereas the power plug is located at the bottom.

The person in the video also mentions something interesting about the manual. More specifically he said the manual is very detailed and it’s not just a quick start-up guide.
The SJCAM employee also discovered that only the bottom part of the screen will react to a touch gesture. Whether or not this will change we are yet to see, but video really shows that only the bottom navigation arrows are responding to the touch.

The SJDASH DASH will be using a different app compared to the standard SJCAM Zone app used for action cameras. The new app is called SJCAM CAR and it’s available for Android and iOS.

The app itself is designed quite well and appears to be easy to use. If you try it out, even without the camera you can see it consists of 3 main sections : camera, gallery and settings.

Interestingly enough inside the settings there is a installation guide and the instructions for use pamphlet as well.

We still don’t know what the videos shot on the SJDASH look like so it’s early to call it a great dashcam. But given SJCAM’s past in action camera production we believe it won’t be disappointing.

Beware most of the information you found in this article was found online and it hasn’t been confirmed officially by the company it, so take it with a grain of salt. If we’re informed of any mistakes we’ll rapidly update the article.

Next Cubot F1 Coming Soon - The Smartwatch for the Pragmatist?