Huawei has officially joined the league of Smartphones with quad-camera setup with the official unveiling of the Huawei Maimang 6 at a scheduled event in China today.The device is the successor to the Maimang 5 announced last year and could be directly aimed at the Gionee S10 which holds the title of the first quad-camera phone.

Stating the obvious, the Huawei Maimang most important feature is its quad-camera setup,but outside that,the Maimang 6 still got a lot under its sleeve.It is made entirely out of metal and fitted with a large 5.9-inch Full HD+ 18:9 2.5D curved glass display with all round minimal bezels.At the rear,there are two cameras with LED flash and a fingerprint sensor all arranged in a vertical position. 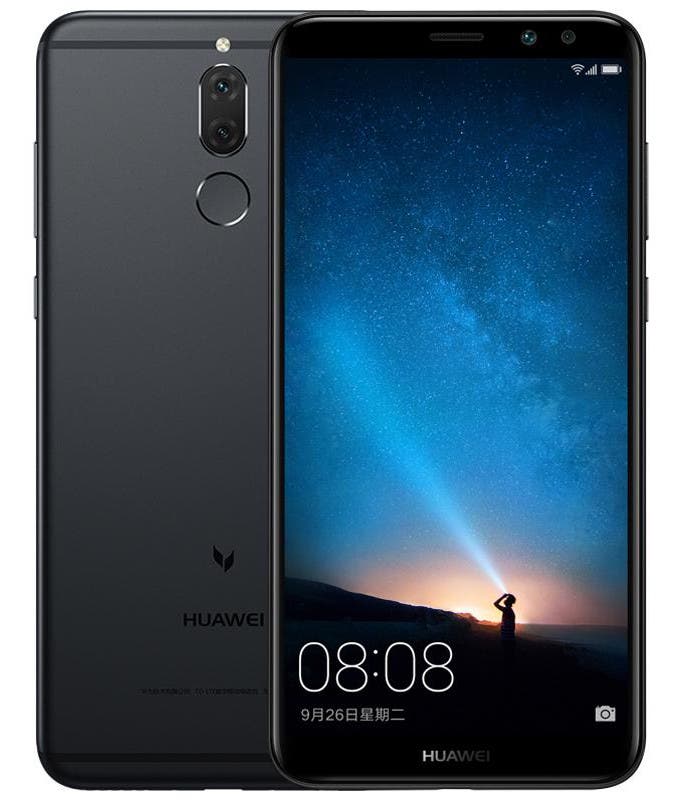 At the heart of the Huawei Maimang 6 is an Octa-Core Kirin 659 processor with 4GB and 64GB of internal storage expandable up to 256GB. The device has dual camera setup and that includes a 16-megapixel primary sensor with dual-tone LED flash,and a secondary 2-megapixel sensor for in-depth capturing.

Other specs and features of the device include similar 13-megapixel front camera with a secondary 2-megapixel camera,3340mAh battery, 4G VoLTE and as well boot  Android 7.0 (Nougat) with EMUI 5.1 out of the box.

You should expect the Huawei Maimang 6 shipments to begin from Sept. 30th. Rumors has it that the same device will be announced globally as the Huawei Mate 10 lite in the coming Month.