The company which held the Zenfone 4 Europe launch event at the We Love Photo press event in Rome is yet to make a definite statement on how much the Zenfone 4 series will cost in this region.

The Zenfone 4,Zenfone 4 Pro , Zenfone 4 Selfie Pro, Zenfone 4 Selfie and Zenfone 4 Max all of which comprise the Zenfone 4 series are Asus’ first set of Smartphone to feature dual rear or dual front cameras, enabling users to capture the best photos in any scenario, at any distance, and in any lighting conditions.

The Zenfone 4 pro as the name indicates is the most sophisticated of the Zenfone 4 line up. It got a 12MP+16MP dual rear camera setup with 2x optical zoom as well as a dual-tone LED Flash .The device also highlights  gigabit LTE and has under its hood a Snapdragon 630 chipset with 4GB of RAM,64GB RAM and a single 8MP front-facing camera with Sony IMX319 sensor. 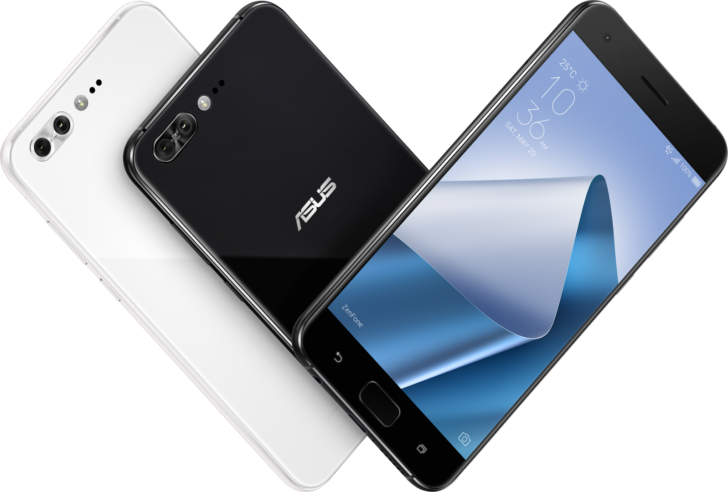 Next on the lineup is the ZenFone 4 Selfie and as the name suggest it is a selfie focused phone. It got a single 16MP rear camera, but it is a dual camera affair on the flip side and for that purpose there is a 20MP selfie camera and a 120-degree wide-angle secondary “wefie” camera.

The Zenfone 4 Selfie Pro is a step up of what the Zenfone 4 selfie has to offer. It is powered by a Snapdragon Snapdragon 625 with 4G RAM and a pair of selfie snappers of the 12MP and 8-megapixel combination and it is capable of shooting 4k video.

The ZenFone 4 Max is a bit different form the other family members. Though it is still a camera focused phone with 13-megapixel rear camera and a secondary camera with a 120-degree wide-angle lens, it is the only one of the lineup to pack a huge 5,000mAh battery.

Last on the list is the Asus Zenfone 4.Alongside a manageable 3,300mAh battery and a rear fingerprint sensor, the Asus Zenfone 4 boasts of dual camera setup at the rear – a 12MP f/1.8 aperture main camera with optical image stabilisation, an 8MP wide-angle secondary lens as well as an 8MP front-facing camera .

The Asus Zenfone 4 phones will be available in the UK via Carphone Warehouse, the Asus store or Amazon and could sell for as much as £449.

Next NO.1 D5 Pro Smartwatch coming with 1GB of RAM, 16GB of Storage and High Performance

ASUS ZenFone 8 is arriving on May 12, here is what to expect