The Asus ZenFone Max Pro M1 came back in the mid of 2018 with the hard mission of dethroning Xiaomi’s Redmi Note 5 in India. It stole good attention in the competitive market as well as in other places where Asus released it. The handset originally came with vanilla Android 8.1 Oreo. Despite the fact that it isn’t an Android One build, Asus offers good software support for it.

While Android Pie is already available for the handset, there is a core feature that was nowhere to be found in the Max Pro M1 software – The Digital Wellbeing. The feature arrived with Android 9 Pie and basically allows users to keep a track of how much time they spend using an app and help cut down the phone’s addict. The new feature is now making its way to the ZenFone Max Pro M1 through a new OTA update. 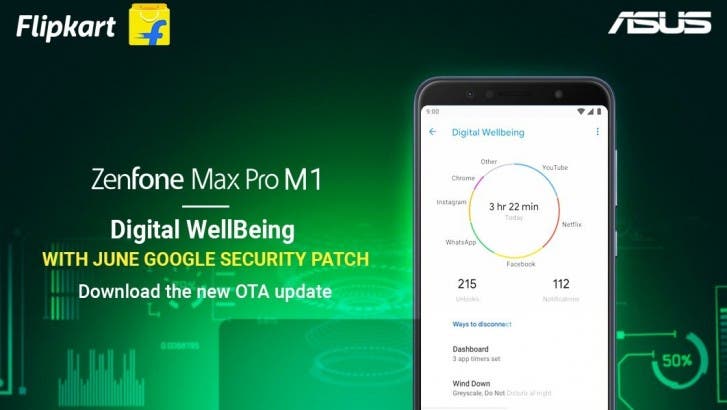 Moreover, the update also brings additional bugfixes and performance improvements. Last, but not least the Android Security patch has been bumped to June 2019. That’s not the latest one available but still is better than nothing. This new firmware boasts 16.2017.1906.056 version number and is rolling out in a Gradual form. The update will reach all the ZenFone Max Pro (M1) with the ZB601KL model number.

You can always try to force check the update heading over to the Settings > System > System updates menu.