A photo of what appears to be the retail packaging for a new Le Eco phone hints at a bezel-less design!

Xiaomi has done it, Vivo has done it, and Nubia look like it is about to do it, so it comes as little surprise that Le Eco are also rumoured to be getting in on the act.

Le Eco was originally LeTV, an online video streaming service that decided to branch out and provide customers with a range of devices. It began with smart TV’s and quickly moved on to smartphones. 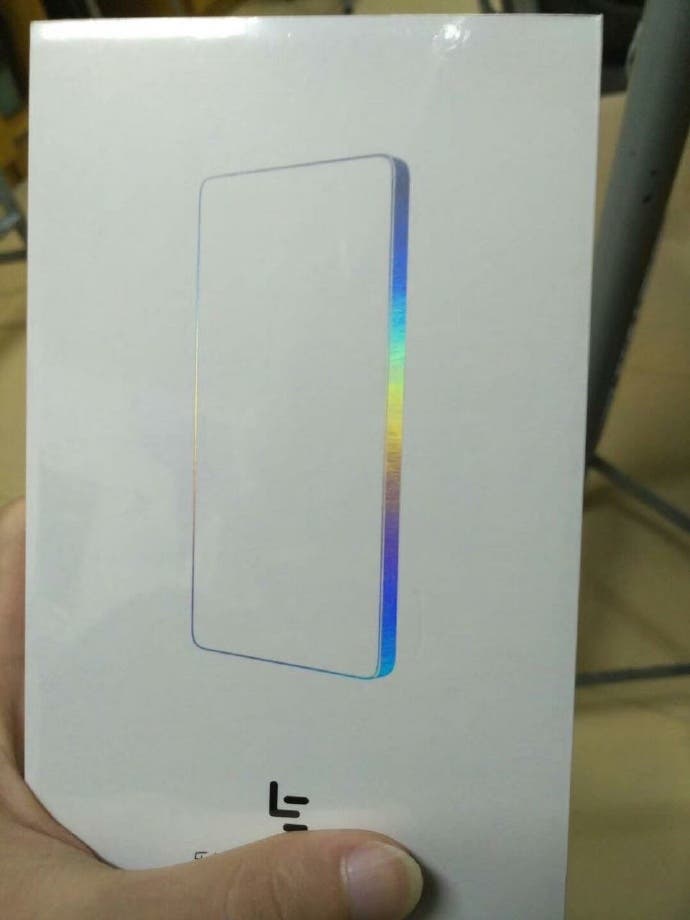 Despite having a solid start and launch some very good Android phones in its first year, LeTV started to run into trouble. The company expanded into new markets, announced new projects (including and Electric Car) and became Le Eco, but the past year has seen the brand cut back spending and reduce the number of products in its range.

But even though they might not be on the roll they once were it doesn’t mean that Le Eco should be ignored and in fact they could be working on something rather exciting as we speak.

The above photo was shared on Weibo earlier today and shows what looks like the retail packaging for an unreleased Le Eco branded smartphone. While the packing doesn’t give us specification details or even a name to go on, it does give us a clue about the design.

Quite clearly this looks to be Le Eco’s entrant into the full screen or edge-to-edge display market.

As this is likely going to be a flagship phone from the phone maker, we can take a few pointers from previous Le Eco phones and believe that this new phone will feature a higher resolution display, metal body, dual rear cameras and possibly a HIFI audio chipset.

But all this is speculation for now, and we’ll have to wait for further leaks and news before we know for sure what Le Eco is planning.

Next Elephone S8 - Why does it cost more than other Tri-Bezel-Less phones?