Oh that’s nice Google, I bet all those Nexus fans will always remember your good deed. The US based company seemingly extended the security update life of the Nexus 6P and Nexus 5 models for another 2 extra months – according to the dedicated support page of course. 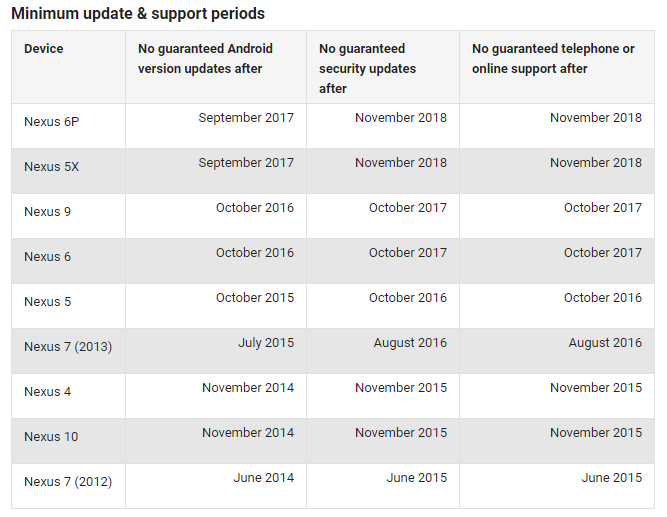 Until today the company mentioned that these two models would be getting their final security patches in September 2018 but earlier the page changed, and now you can see that it says until November 2018! That’s two extra months of small security bug fixes but in any case is a very much welcomed change.

No one knows yet why Google decided to extend their security patch update schedule, but it will certainly be good news to those who still cling to the last two Nexuses.