It seems that the OnePlus team is working hard to bring some Oreo to their OP5 flagship and this shows! The OnePlus 5 was recently spotted on Geekbench running Android 8  Oreo and we have its new benchmark numbers. 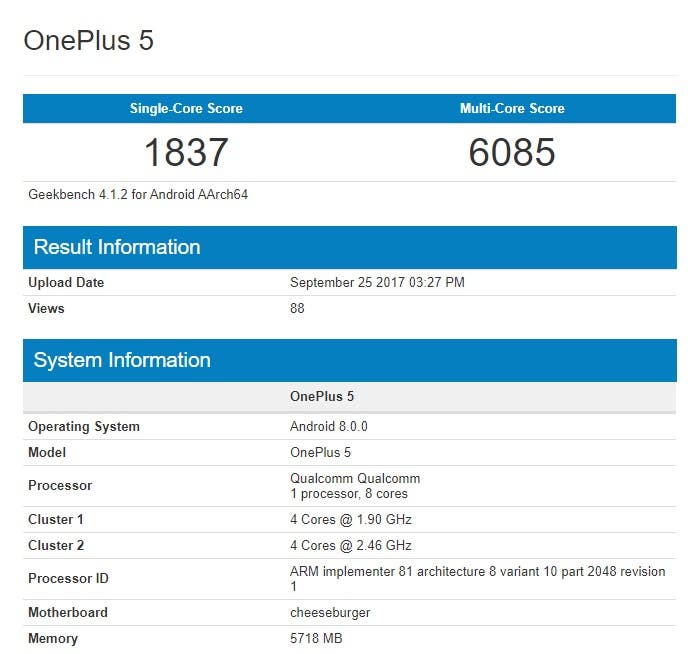 The company has already confirmed that both OnePlus 3 and OnePlus 3T models will also get the Android Oreo update in the coming weeks, as they have already released Android Oreo for the three phones for its closed beta group and a public beta version will be available by the end of September.

However you should know that OnePlus has already announced that Android 8.0 Oreo will be the last major update for the OnePlus 3 and OnePlus 3T. This is disappointing as both phones were only released last year.

So how did the OnePlus 5 model with Oreo perform in the test? The device was equipped with 6GB of RAM and scored 1837 points in the single core test and 6085 in the multi-core test. This is a couple of points below that of the 8GB RAM version seen on the site before its release.

We expect the update to become available next month, probably during its last week.