The time is near Samsung fans, you’d better be ready for this. A Samsung Galaxy S8 Plus model was just spotted on Geekbench running all the tests with Android 8 Oreo, meaning that the update is already being prepared. 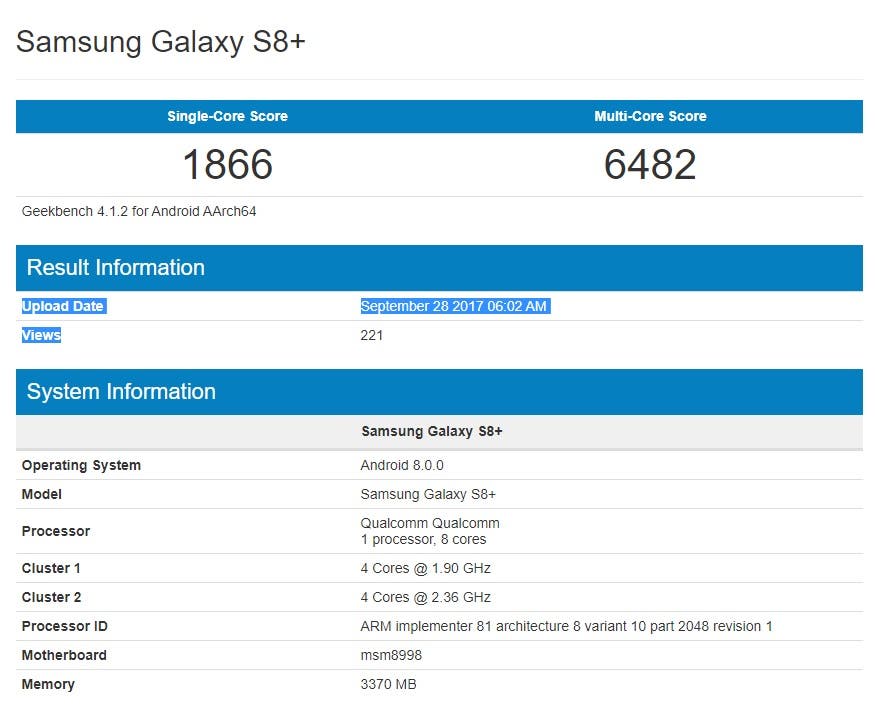 After all tests like this are being performed on this firmware update as part of the development progress. Sammobile had previously mentioned that the Galaxy S8 and Galaxy S8+ Android 8.0 Oreo update firmware versions could be G950FXXU1BQI1 and G955FXXU1BQI1, respectively and this is oly confirmed by today’s news.

So far we cannot tell when Samsung plans to roll out the update to all compatible devices but it seems that it won’t be long after all. Once the beta firmware has been thoroughly tested, the Korean company should begin releasing it to all relevant markets in the days to come.

Next Xiaomi Redmi Note 5 to Feature a Dual Camera Setup, check out these Renders