If you were looking to buy a fitness tracker then the latest comer from MGCOOL might fit your needs, we’re talking about the MGCOOL Band 3. You can get this smartband at a special price now that presales kick off; keep reading if you’re interested! 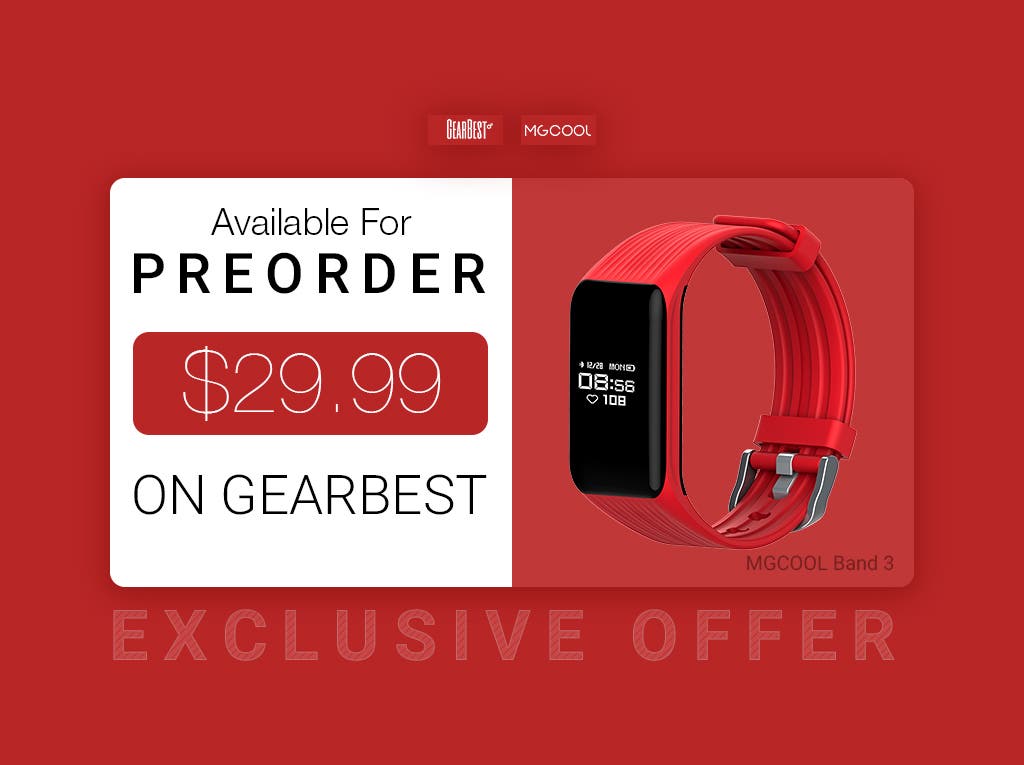 The main highlight of the MGCOOL Band 3 is probably the built-in 0.66-inch OLED touch display, so you don’t have to fiddle around with buttons and thus save time. You can also tap on it to show the time or turn the wrist for the same result.

The Band 3 will monitor steps, distance and calories burned accurately, and in case you are not moving for a long period of time, the MGCOOL Band 3 will also send you a warning to change your sedentary habits. The band will send notifications from your social media accounts such as Facebook, Twitter and more as well.

MGCOOL’s Band 3 comes with power efficient components that allow it to save a lot of power compared to similar devices. You can indeed get 10 to 30 days of battery life with the 105mAh built-in battery. The band is also IP67 rated, so you can take it swimming or under the rain without worries.

The company has made the Band 3 of a soft silcone material with a smooth finish for a slightly more premium look. It’s powered by an NRF51822 processor, 32KB of RAM and 256KB storage and Bluetooth 4 support.

The data gathered from the Band 3 can be synced to the app and subsequently shared across Facebook, Twitter, QQ, WhatsApp and other social platforms.

If you liked what you heard, head over to Gearbest where you can pre-order the MGCOOL Band 3 for just $29.99. The band is available in two colors: Red and Black, and it’ll ship after October 20th.

MGCOOL grants a two-year warranty, just like on many other products of theirs, and support via email and social media.

Previous UHANS Max 2 with 6.44-inch Display: Four Reasons to get one

Next Azdome GS63H: The Car DashCam that can shoot 4K videos

Fantastic deal with Mi Band 6 available only for $33.90