At its San Francisco Hardware event,Google on Wednesday October 4th announced the Chrome OS powered Pixelbook Laptop PC alongside the 2nd generation Pixel Phones,Google Home mini and a handful of other home appliances.

The Pixelbook is the first chrome OS powered PC to come with support for the Google Play Store and Android apps out of the box, and more importantly with Google Assistant with a dedicated Assistant key built in.

The Pixelbook follows the design language of the latest Pixel phones, featuring aluminum body with glass top section in a contrasting color. The device is exactly 10.3 mm (0.4 in) thick when closed and weighs 1.1 kg (2.42 lbs) without the stylus(by the way it has no stylus slot), making it the thinnest and lightest laptop PC Google has ever made.

Much like other convertible laptops, the Google Pixelbook’s screen can be flipped around on a 360 degrees hinge, so you could use it in four different modes –first as a conventional touchscreen laptop, a screen with the keyboard tucked underneath, tablet, and tent mode. That’s a huge advancement over the Chromebook Pixel 2 which was essentially a touchscreen laptop. 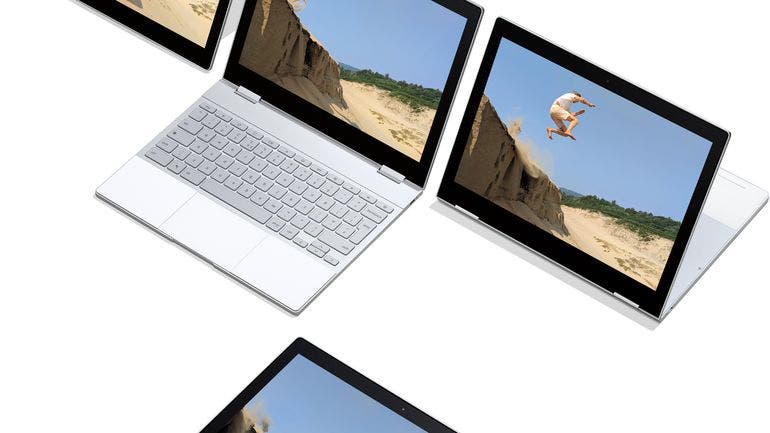 To make using the Chrome OS-powered PC worthwhile, Google has included in the package a special stylus dubbed the Pixelbook Pen for selecting items on screen as well as making creative digital works, though it cost extra $99.Holding down the built-in button as well as drawing a circle round a word gives prompts Google’s AI assistant to provide you with much needed details. 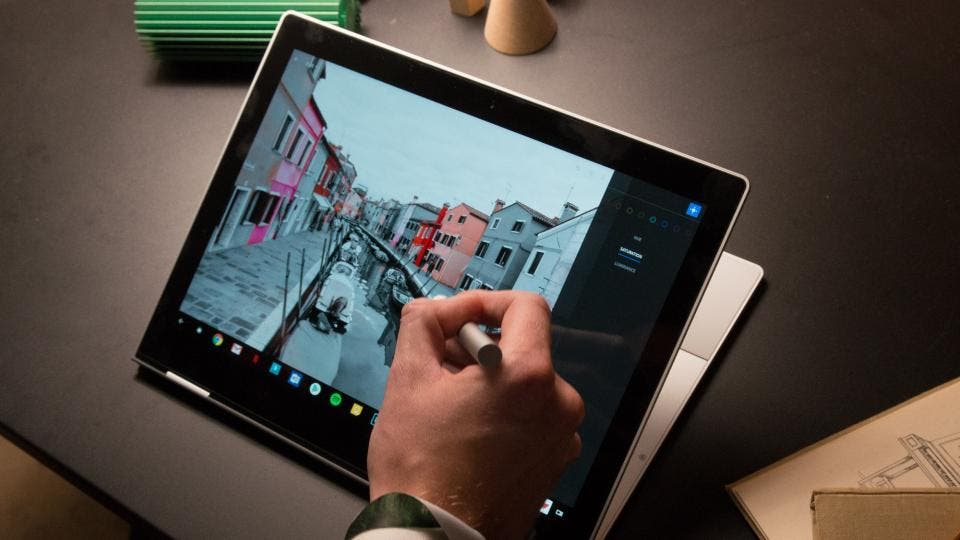 As for power, the Pixelbook exact battery capacity is not known, but the battery is rated to last 10 hours on a single charge, it comes with rapid charge feature so 15 minutes charge can produce two hours of life. More importantly, the Pixelbook and the Pixel 2 phones uses same charging cable, so you need not go about with both cables if you own the two devices.

The Pixelbook run on Chrome OS with free access to the Google Play Store and Google apps.The Pixelbook has a thin back-lit keyboard with soft-touch keys,uses USB-C ports for charging and tethers automatically with your Android phone in the absence of WiFi network. 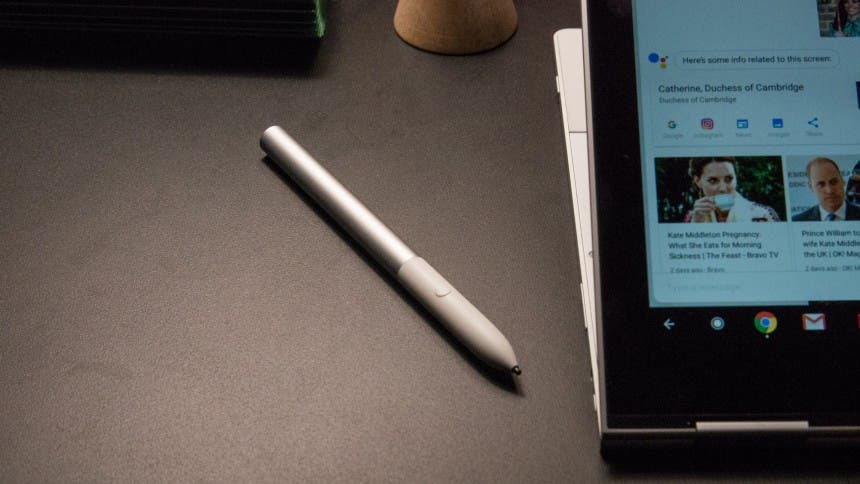 The Pixelbook is immediately available for pre-order today and will be sold at the Google Store, Best Buy, and “other major retailers” in the US, Canada, and the UK from October 31.