According to many analysts, tablets are dead and have been dead for a long time, declining for 11 quarters in a row (except for Apple of course). With fewer and fewer tablets being released, good tablets are few and far between, and Teclast hopes to change that.

The Teclast Master T10 is a 10.1″ tablet with midrange specifications, an MTK8176 hexacore processor, 4GB of RAM, and a high resolution 2560×1600 IPS LCD. There aren’t many tablets made anymore, let alone large 10.1″ tablets, and this is one of the few options released recently. 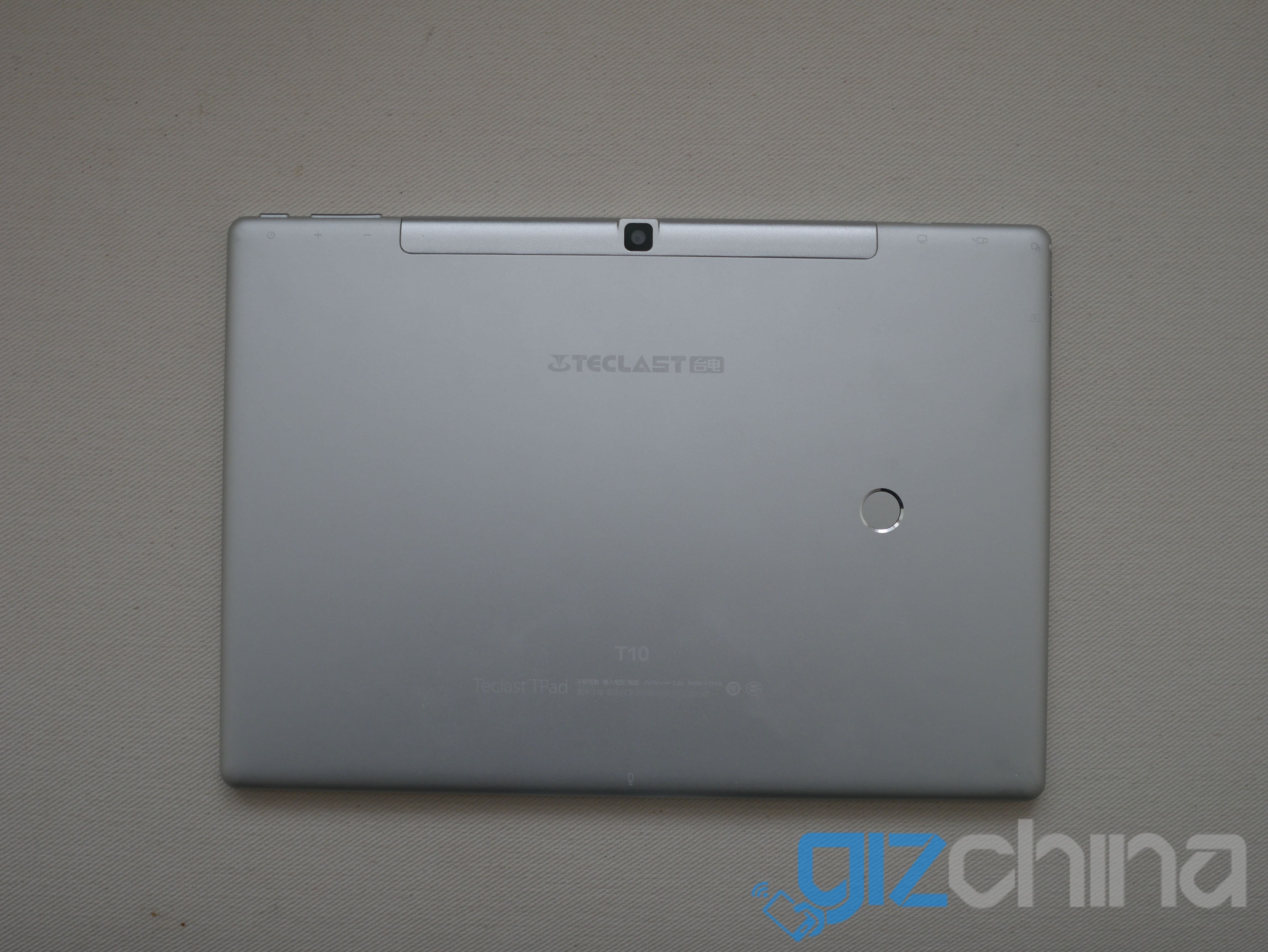 The tablet doesn’t stand out with a rather generic silver metal body, it looks like every other tablet out there. However, the metal body does feel fairly good in the hand but unfortunately fingerprints are somewhat visible on the tablet. Flip the tablet around and we see fairly small bezels on this tablet, not bezelless no, as that would render the tablet unholdable. 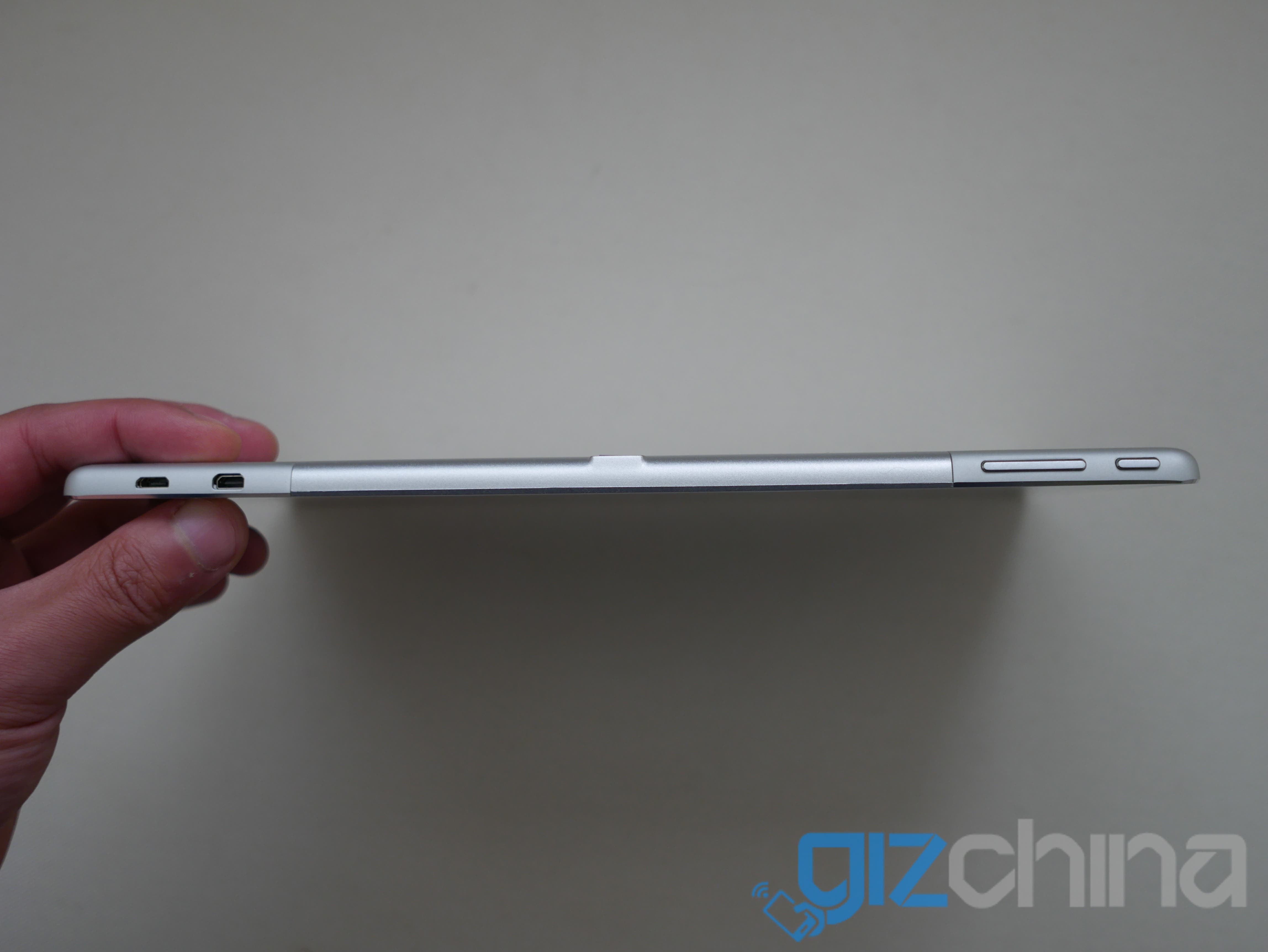 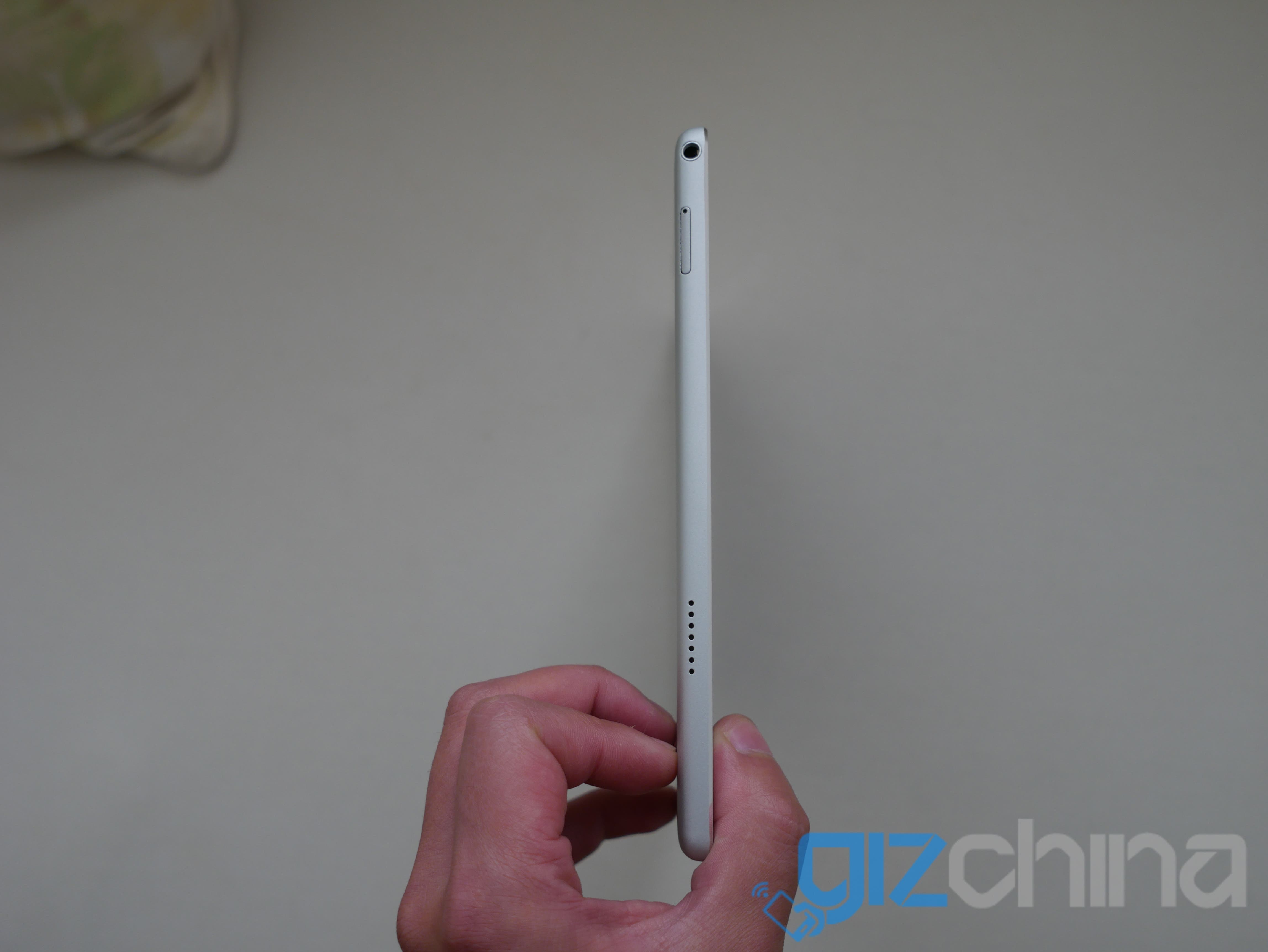 We have a fair amount of ports here, a microUSB port, a microSD card slot, and a micro HDMI port as well. We have an incredibly high 2560×1600 resolution on the 10.1″ screen and I have to say this is quite a good LCD made by Sharp and this display is incredibly conducive to watching TV, reading comics, and reading Reddit. The screen produces some saturated colours and stuff looks good. The maximum brightness is good, topping out at 400 nits, making it easy to see in sunlight but not direct sunlight. 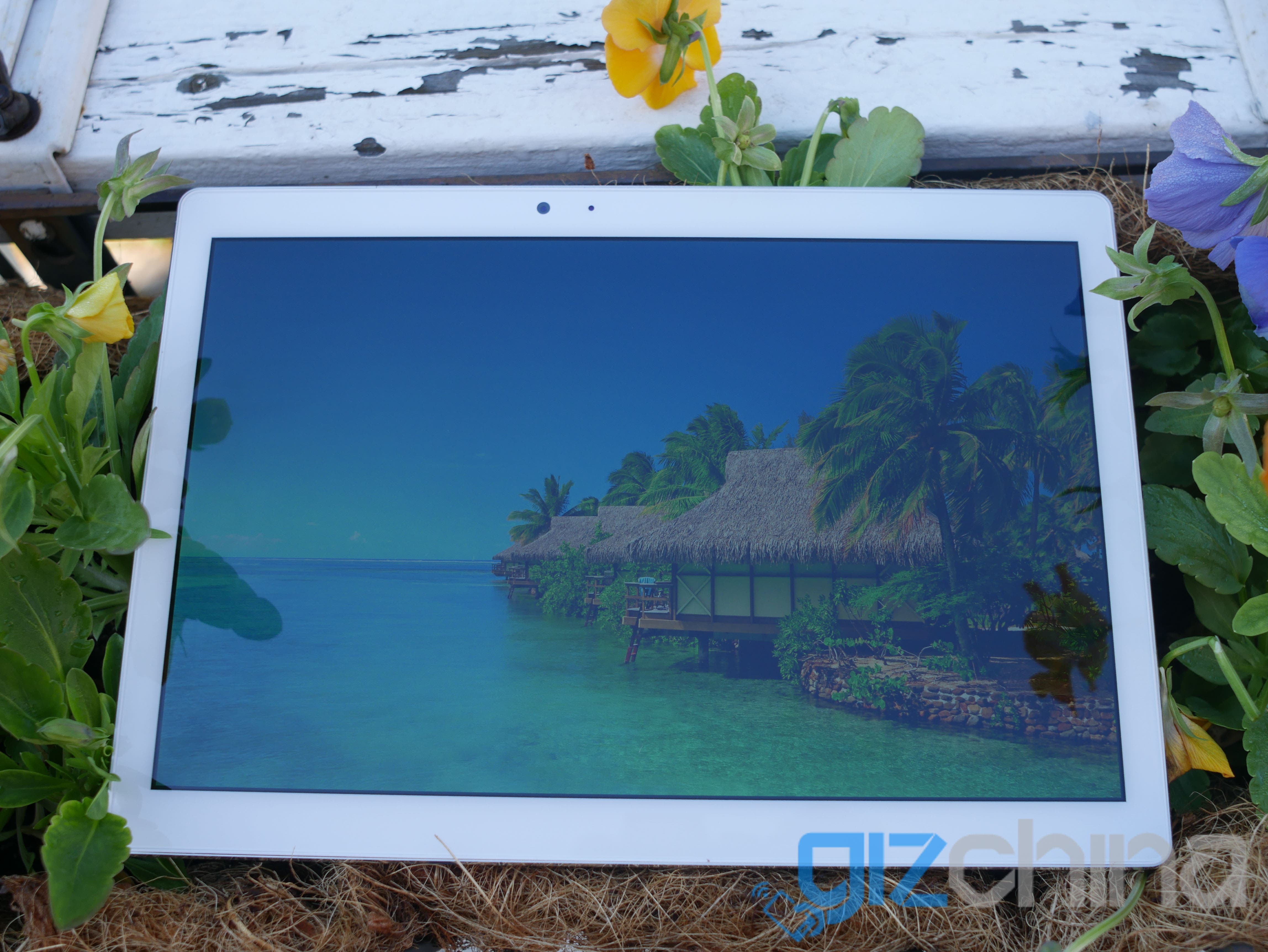 The tablet has stereo speakers, one on each side of the tablet and it does provide stereo sound to a certain extent, and audio volume is quite loud, loud enough for most situations. Audio quality is just average, there is a bit of bass but there is distortion at max volume that disappears if you lower it a notch.

An 8100mAh combined with the MTK8176 processor provides some pretty good battery life. I was able to get 6 hours of screen on time consisting of mixed use, Chrome, Youtube, reading Manga and browsing Reddit with about 25% left.

I also performed a video playback test and was able to playback 720p video at 200nits of brightness for 9 hours and 22 minutes before the tablet died, definitely a good media consumption device.

The tablet runs stock Android 7.0 Nougat but unfortunately performance is not silky smooth. Swiping between home screens is quite smooth, definitely more than smooth enough for normal use, but its not as smooth as a high end Android phone or even the Mi Pad 3. There is a bit of stutter opening apps but multi-tasking is great with 4GB of RAM.

I was able to play many games on the tablet, however Need For Speed: No Limits did not run properly because the entire screen was black except for the road signs. Many other games ran well also such as Hearthstone and Clash of Clans also. 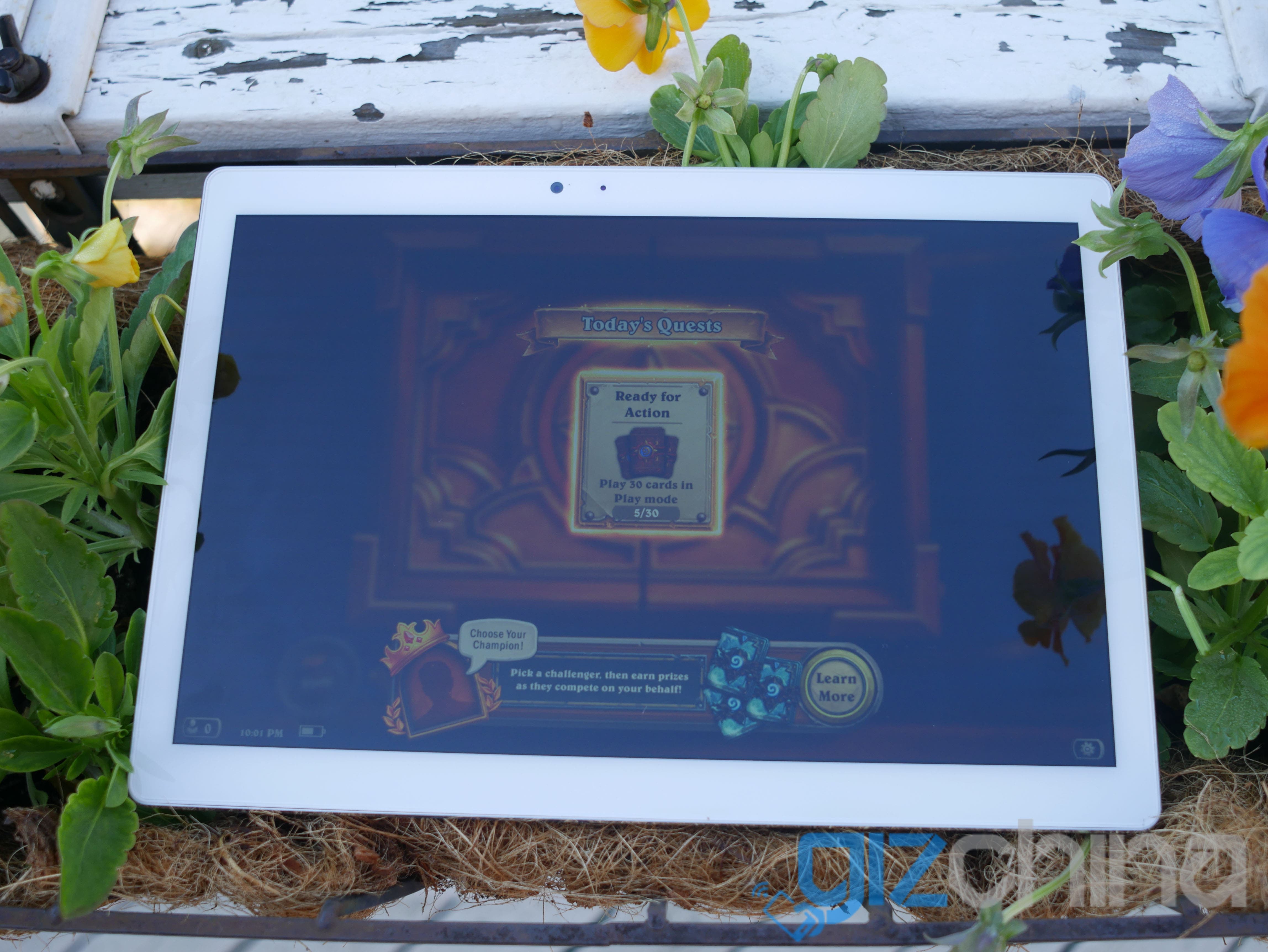 The fingerprint sensor is not that great, its fairly accurate but its not very fast.

WiFi performance is blazing fast, hitting incredible speeds however WiFi range is poor, cutting it in and out even a mere 15 feet away. The camera is actually fairly decent, especially for a tablet. The 8MP rear camera takes some fairly OK photos with some fair detail and colour saturation. The rear 13MP camera also takes some good photos as well, definitely more than good enough for video calls and selfies (but selfies with a tablet, seriously?). Teclast’s still got it. They can still make good tablets, and even though tablets are dying, I hope they don’t stop. The Teclast Master T10 is definitely a good 10.1″ tablet, however, I don’t think I will ever use it in the long term as I still have my Xiaomi Mi Pad 3 which in my opinion is almost the perfect size. That being said, if you are looking for a 10.1″ tablet, this is it.

Previous Huawei register a new “U” logo, possibly for their upcoming AI

Next [Poll] What's your favorite flagship of the year?