A couple days back Oukitel announced the imminent launch of the Oukitel K5000. A smartphone that will follow the trend of the moment and sport a large 5.7-inch display with an 18:9 aspect ratio, a 2.5D coating on top and a 3D curved back cover. So, in summary, it’s kind of a Samsung S8 clone that will costs a fraction of the device it takes inspiration from. Down below we’ll have a quick comparison between the two devices! 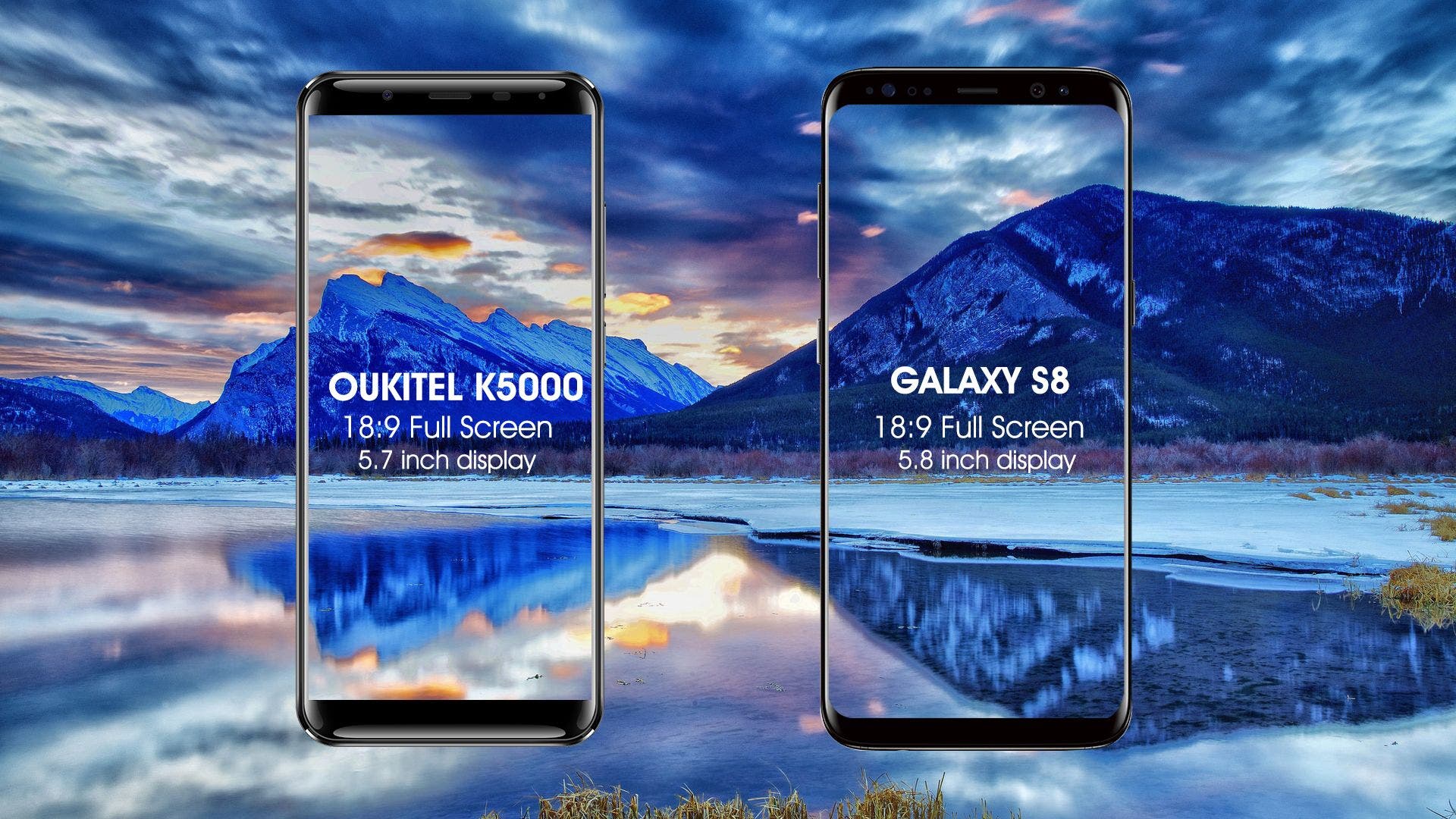 Let’s begin with the display. The Oukitel K5000 features a 5.7-inch HD+ 18:9 display, very similar to the 5.8-inch one on the Samsung S8 that does sport an high Quad HD+ res (usually downgraded to FHD+ by default).

Next we have the design. Both smartphones feature a curved display at the front and the same for the back. This makes the two devices look sleeker and easier to handle.

The third factor of comparison is the internal hardware. On the Oukitel K5000 and Samsung Galaxy S8 we find 4GB of RAM and 64GB of internal storage, expandable to up to 128GB on Oukitel’s device and 256GB on the S8. Other specs include a Mediatek MT6750T octa-core chipset on the K5000, while Samsung’s phone packs more powerful a Snapdragon 835 octa-core processor. The K5000 beats the S8 as far as battery capacity goes though, with its 5000mAh battery against the smaller 3000mAh one on the S8.

Lastly, the two smartphones sport drastically different cameras. On the Oukitel K5000 we will find a Samsung 3P3 21MP (16MP interpolated) shooter at the front and a Sony IMX135 16MP (13MP interpolated) image sensor on the back. As you may already know, the Samsung S8 instead packs a 12MP rear shooter and an 8MP selfie snapper.

In the image below we can have a quicker comparison. As you can see the two smartphones are similar under many aspects, such as design, amount of RAM and storage. 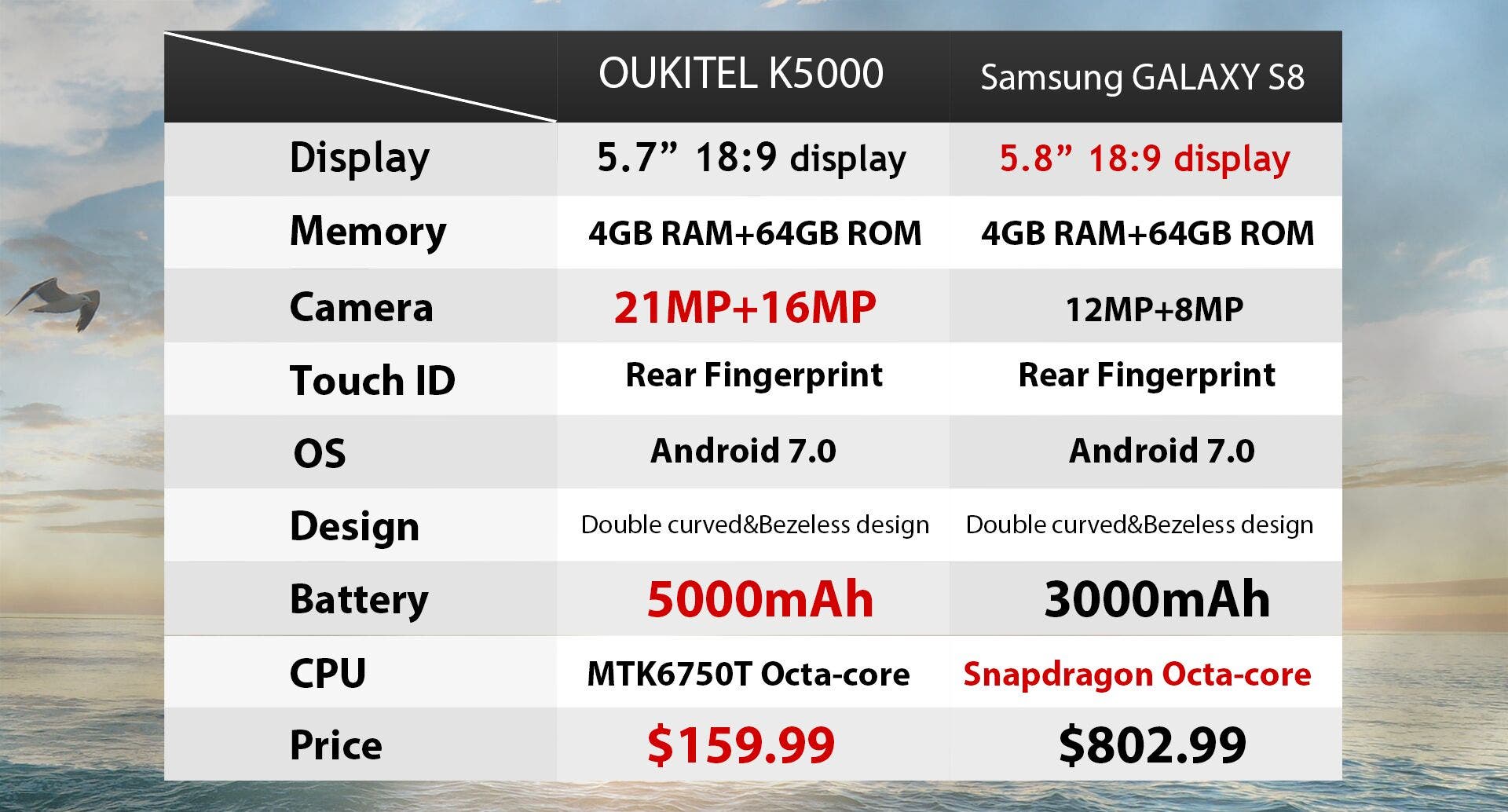 Of course, the Samsung device will be more powerful with its high end CPU and crispier with the really high resolution display. On the other hand, the Oukitel K5000 sports a bigger battery, higher res cameras on both sides, plus a really affordable price tag.

You can learn more about the Oukitel K5000 on the official website.

Next Rexso Brand Day Kicks Off over at Gearbest