Samsung India has just unveiled the Galaxy Tab A8 2017 tablet in India, following its initial launch back in Vietnam. Designs and specifications remain same as the one announced for Vietnam. The device is available in India from retail shops across India as well as Samsung India Online Shop at Rs. 17,999.  A major selling point of the device is a 5000mAh battery, but that has also bumped up its Weight and dimensions to 364grams and 212.1 x 124.1 x 8.9mm in that order.

The device comes with some minor upgrades compared to the 2015 model. Specifically, the battery capacity and camera configurations have both been improved.

The Galaxy Tab A8 2017 tablet is made out of metal and comes with a physical home button, but no mention of a fingerprint reader, that is very unlikely anyway. The Galaxy Tab A8 2017 tablet sports an 8-inch WXGA (1280 x 800 pixels) display and powered by a 1.4GHz quad-core Snapdragon 425 SoC coupled with 2GB of RAM and 16GB of inbuilt storage, which is expandable via microSD card up to 256GB. The device runs on Android Nougat 7.1 out of the box.

The galaxy tab A8 2017 like we pointed out earlier gets a slight improvement in the camera unit, it features an 8-megapixel primary camera with f/1.9 aperture and LED flash, while a 5-megapixel is located on the flip side. The device supports 4G LTE with voice calling feature.

The device has a single micro-SIM card and has LTE/4G connectivity, which essentially means you can use the tablet for voice calls. 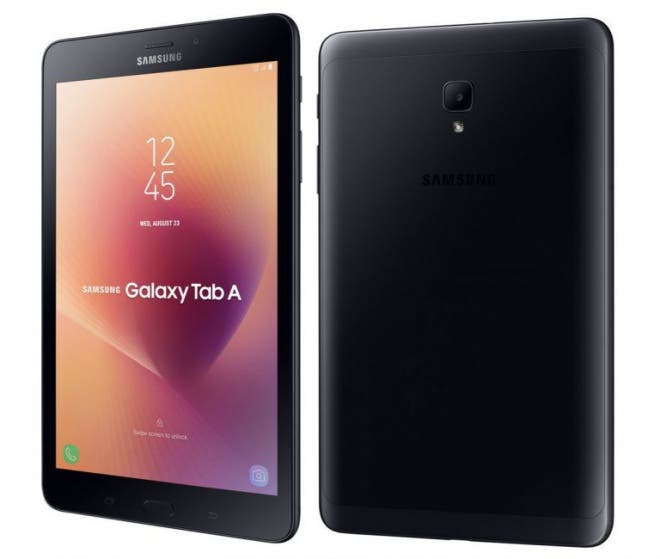 The device is available in Black and Gold color options and priced at Rs. 17,999. A onetime screen replacement at Rs. 990 is available within one year period.

Next Interesting laptop deals from the Lightinthebox e-shop