The Huawei Mate 10 Pro almost made it unseen till the launch event that will take place on October 16th but – as you may have already understood – it didn’t; the internet wins once again. So, let’s just jump straight to a new -fresh- live photo where we can admire the powerful device next to its smaller sibling – the Mate 10! 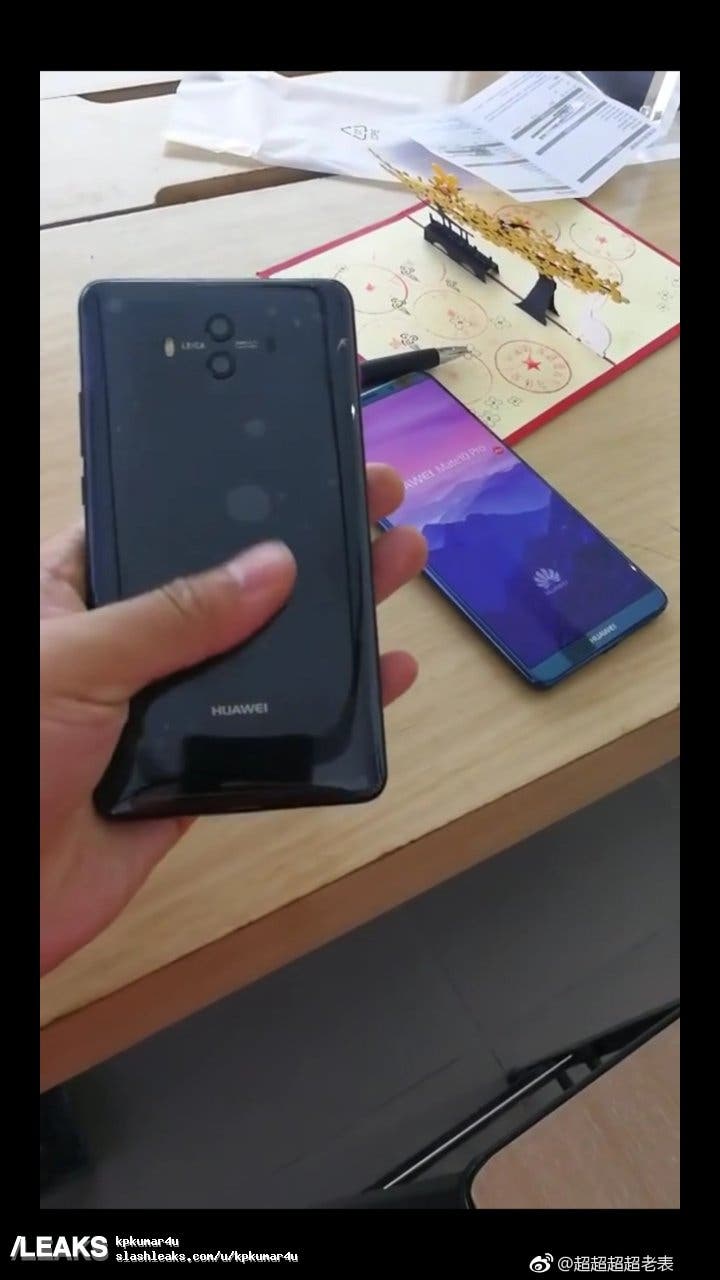 Confirming previous leaked renders, the Huawei Mate 10 Pro comes with a large display and really thin top and bottom bezels. The side bezels also look among the thinnest we’ve ever seen if we don’t put Samsung’s curved displays in the mix. The smartphone is expected to feature on-screen software buttons, which is what we’re accustomed to from Huawei.

If we watch closer the image that Slashleaks published earlier today, we can spot Huawei’s iconic dual camera setup, looking very similar to the previous Mate 9, with a dual tone LED flash on the left and a laser autofocus module to the right. The back of the device also appears to be made of glossy material (glass?) with curved edges which give it a very sleek look.

From previous rumors we kind of already know Huawei Mate 10 Pro’s specs. We go from the 5.99-inch QHD (2880 x 1440) IPS display, a Huawei HiSilicon Kirin 970, 6GB of RAM and a 4000mAh capacity battery to a primary camera with a large f/1.6 aperture, mostly likely sporting a Leica lens on top. The smartphone should be running Android 8.0 Oreo out of the box with the notorious Emotion UI (EMUI) skin.

Next Dodocool DA106 review: HiFi audio on a budget