Following its acquisition of Nextbit, Razer is set to present to the World its first Android smartphone come November 1, but like it is the tradition for most phones before they are released, it looks like we have a premature look of the upcoming device as image of what is alleged to be real image of the upcoming device have been leaked online.

The leaked image obtained by an insider who is supposedly testing the gaming ability of the device reveals that the upcoming Razer phone will feature an aluminium shell with a square shape and a Razer logo at the rear. Also seen from the leaked image is a pair of rear camera with a LED flash which is rumoured to be a 12MP main camera and an 8MP combo.

The company had earlier shared some camera samples of the upcoming device and later surfaced on GFXBench database where some of its basic specs were revealed.  As per the GFXBench listing, the upcoming Razer phone is expected to flaunt a 5.7-inch display with a 2560×1440 resolution, thus not following the 18:9 trend and will be powered by a Snapdragon 835 paired with 8GB of RAM.

It’s been previously rumoured that the device will be a gaming powerhouse, an 8GB RAM, a capable SD 835  coupled with Google’s mobile Android OS positions the device to excel in that regards. A capable battery capacity of not less than 4000mAh should also be on board for better gaming experience. 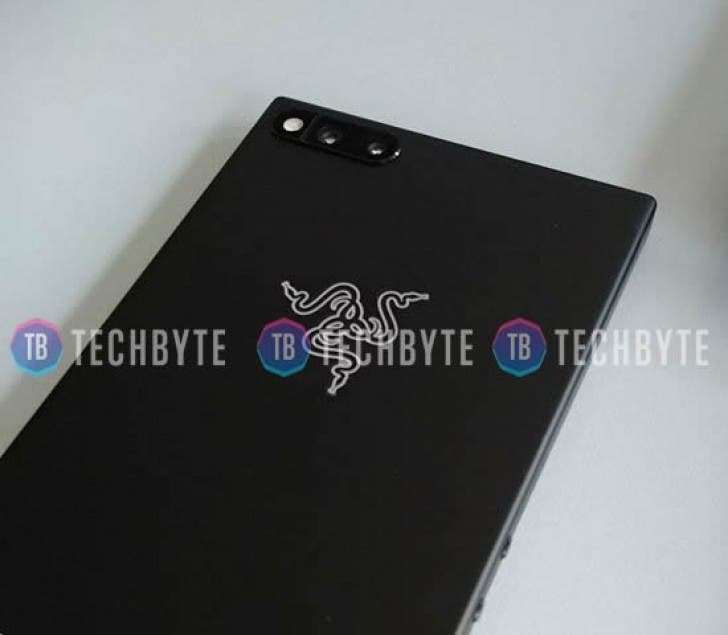 It is not clear at the moment if Razer will be unveiling more than one phone, but whatever the case is we are yet to get words on the name of the device that will be officially unveiled on November, more concrete information on the device is expected to surface in the coming days.