Set for launch on the 16th of October, the Huawei Mate 10 Pro has popped up on the benchmarking site Geekbench. The Mate 10 Pro has been making the rounds online for a while now, with rumors surrounding the specs to the design coming in every now and then. Images showing the device have also leaked in the last few weeks.

The latest leak is from the benchmarking site Geekbench, which reveals certain aspects of the upcoming smartphone. Posted under the name Huawei BLA-L29, which reports say is the Huawei Mate 10 Pro, the device sports 6GB of RAM. Powering the phone is an octa-core ARM processor, probably the Kirin 970. The phone is running Android Oreo 8.0.0, which seems believable since it makes sense for manufacturers to bring new devices to the market with the latest available software, although this might just be a device used for testing and might never even make it to production. 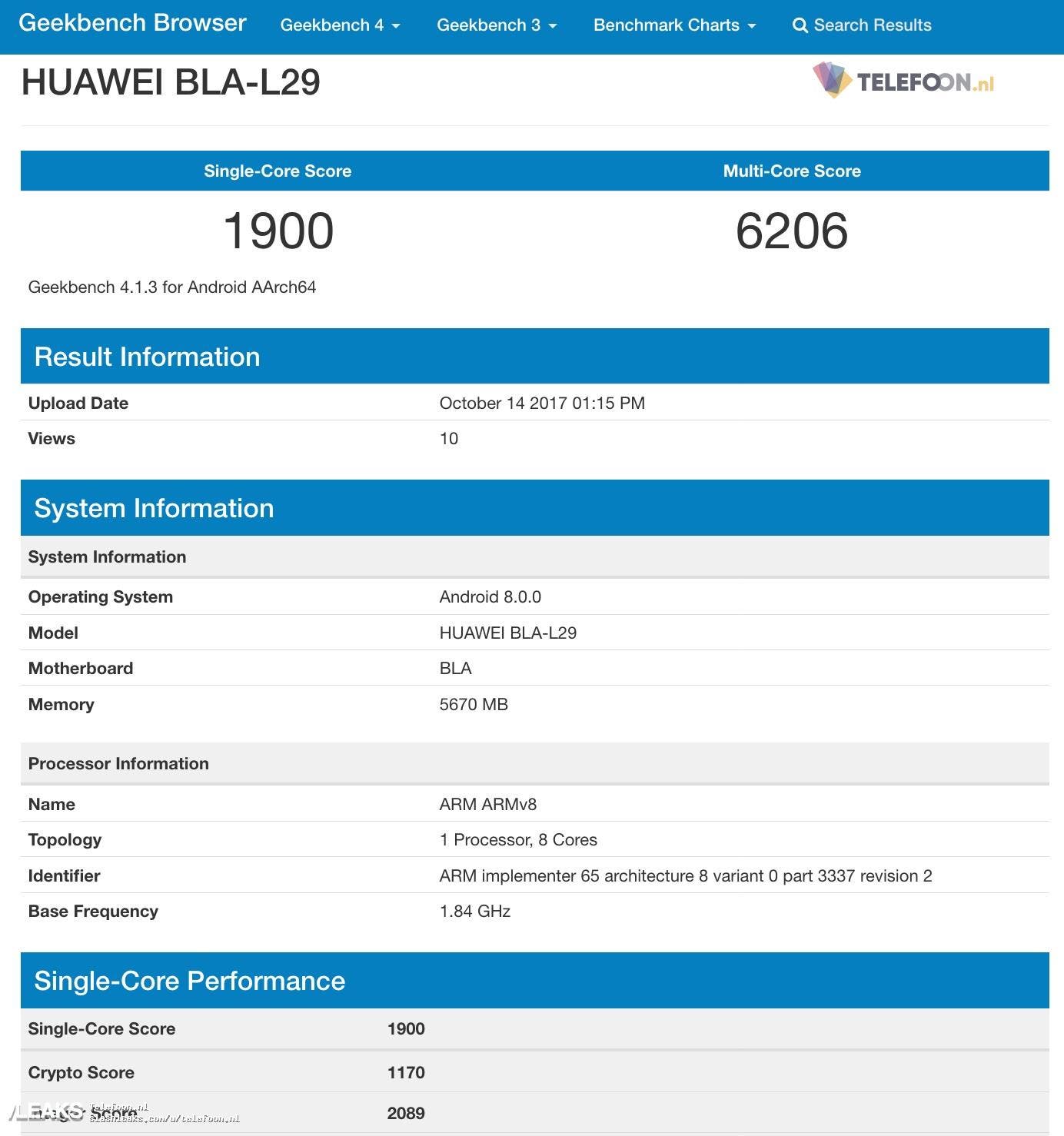