The gaming centric company Razer will reveal their first attempt in the smartphone segment on the next November 1. Until today, nothing has been tell about specs that phone would sport, but now we can have an idea based in a leak from GFXBench. 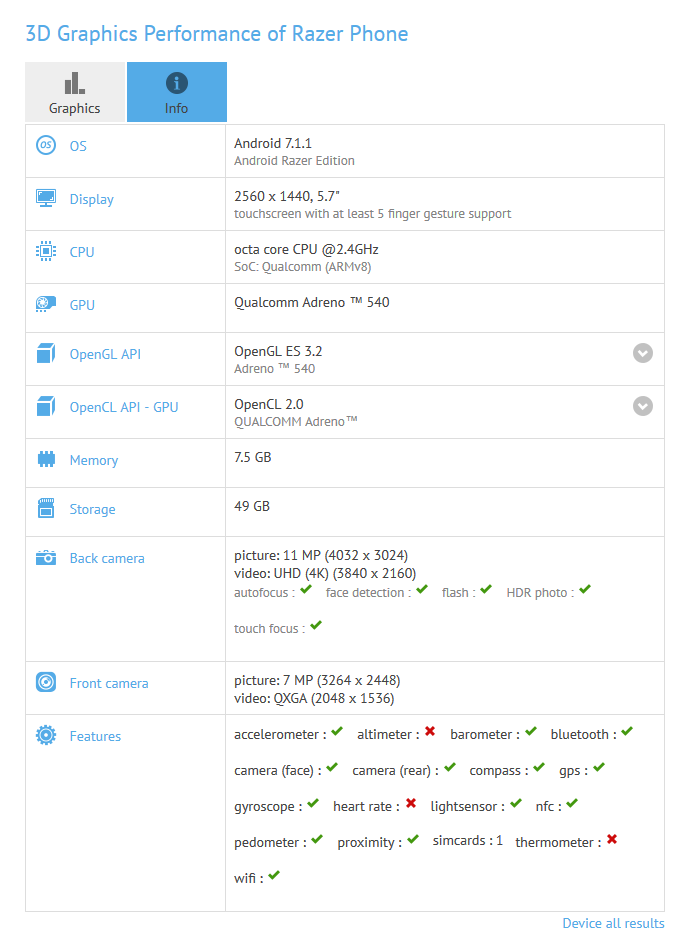 Since first rumors of a Razer phone, we expected the company to honor its legacy bringing a device with the best of current standards. As GFXBench reveals, this is about to be fulfilled.

The Razer phone, will come sporting a 5.7-inch display with a 2560×1440 resolution, thus not following the 18:9 trend. All the power is ensured by the powerful Snapdragon 835 paired with 8GB of RAM. Other phones already have hit the 8GB RAM mark, like OnePlus 5 and Asus Zenfone AR, but we are amazed to see Razer offering this on their first hit. 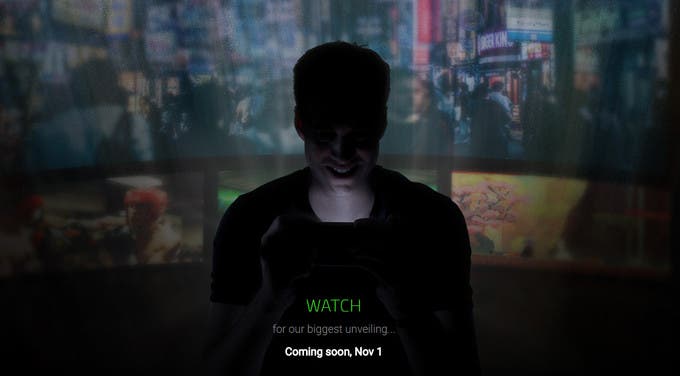 The device should come with 64GB of Storage as the leak suggest, but a 128GB variant could also be expected. Previously, the company shared some photo samples of the upcoming device, now we know that is a 12MP shooter on the rear. In the front we’ll have a 8MP camera for some high-quality selfies. Worth nothing to mention that the device will also come with NFC.

According with Razer statement, this phone will be a gaming centric device. Surely it have the specs for it, but we don’t know what this means or which features could come based on this statement, just by looking to the mobile games scenario is kinda hard to imagine.

Next Honor 6C Pro launched in Europe, priced at €179