The Sony Xperia XZ1 and XZ1 Compact were launched some weeks ago and they have started receiving their first update. This update is a security patch for Android fixes for the month of October. It comes with the 47.1.A.2.374 build number.

As of now, there are no details of the complete changes that this update brings, indeed, it could be just the Android fixes. This update is being rolled out OTA thus it might take some time for the update notification to show up on your device, so be patient. 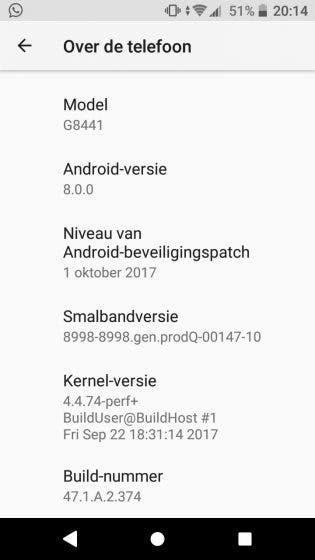 As a reminder, these smartphones are powered by Qualcomm Snapdragon 835 processor, 4GB of RAM, and 2700 mAh battery capacity. The XZ1 has 64GB of storage, while the Compact has 32GB.  Both devices run on Android 8.0 Oreo operating system. In the camera department, XZI & XZ1 Compact comes with Sony’s Motion Eye camera system and a rear 19-megapixel sensor. The XZ1 has a 13-megapixel front-facing camera, while the XZ1 Compact has an 8-megapixel selfie snapper. The camera can record super slow motion 720p video at 960fps in addition to the 4K video at standard speeds. The XZ1 has a 5.2-inch, 1080p HDR display, while the Compact model has a 4.6-inch 720p screen. Both feature Gorilla Glass 5 for durability and both are rated IP68 for water resistance.